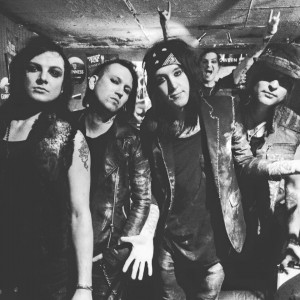 After Czech rockers Bitch&Chips‘ shock announcement on March 9, 2016 that they were calling it quits, the group played its last gig at the Rock Café Prague in Prague, Czech Republic on April 1, 2016.

“You guys were absolutely amazing! We expected no less. Thank you all for coming out while this shot’s our goodbye for now.
We love ya all. xx”

Of note, Bitch&Chips had announced back on March 9, 2016 that they would be doing a big announcement shortly after their last gig but it appears that has yet to take place.

DARKH’s official music video for “Bury Our Bones” from the album, A Story Yet Untold – Due out on September 29th! Pre-order it now at https://itunes.apple.c…