Less than 24 hours after the Biters announced via Instagram that they were going on an “indefinite hiatus”, the band’s frontman Tuk has provided an explanation in that regard while announcing that he is working on a solo album.

The following was posted about an hour ago on Tuk Smith‘s Facebook page: 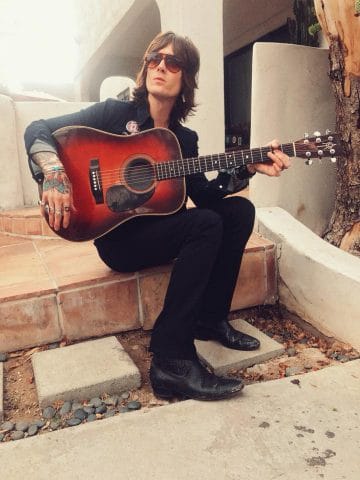 Let’s put the RUMORS to rest…… Here is the TRUTH.

Biters have been together for 9 years.

For more than a year now, Biters have been limited in their options to move forward in this ever changing music business.

The ongoing struggle has left the band logistically crippled & frustrated.

Ultimately I have come to the conclusion that we all deserve the freedom to explore other options at this time in our individual lives.

In light of that conclusion, I have decided to put Biters on indefinite hiatus.

In this interim I have decided to take a chance and make my first solo record.

In the past year I have spent seemingly endless hours writing and working on songs in solitude.

A solo record feels like the next step I should be taking from here.

I hope all of the friends I’ve made along this crazy journey will continue on with me as I go down this new road.

I am so grateful to everyone who is a part of BITERS family.”