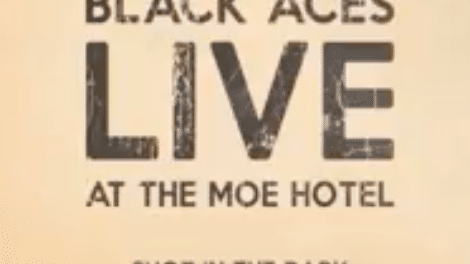 Aussie rockers Black Aces consisting of lead guitarist and lead vocalist Tyler Kinder, bassist Alex McMillan, drummer Pete McMillan and rhythm guitarist Jarrad Morrice have released an audio live version of their track “Shot in The Dark” recorded during the Moechella festival held at the Moe Hotel in May 2021. 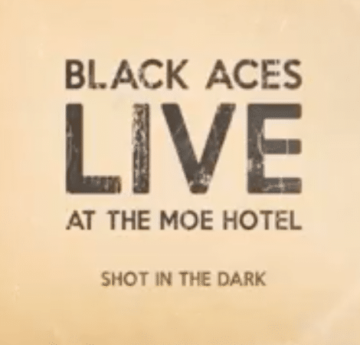 The track “Shot In The Dark” is featured on the album of the same name released back in January 2016 and which finished at #7 on the Sleaze Roxx Readers’ Top Ten Albums of 2016. Sleaze Roxx stated the following in that regard:

“It’s almost unfair to think of Aussie rockers, The Black Aces, as a poor man’s Airbourne but the reality is that there are many similarities between the two with the obvious AC/DC influences. The Black Aces are like a raw version of Airbourne with a lot less polish and that can be a good thing. However, unlike their countrymen, The Black Aces have not experienced near the same level of success or hype as Airbourne did with their debut album Runnin’ Wild. That is a shame because odds are that if you like Airbourne, you’ll also like The Black Aces. One distinguishing feature for The Black Aces is that the band has a father-son tandem in that bassist Alex McMillan is drummer Pete McMillan‘s father. I am not sure what is in Australia’s water these days but there are just tons of great bands emanating from that country. The Black Aces‘ Shot In The Dark album never lets up from start to finish, and is simply a solid album all the way through. It will be interesting to see if The Black Aces are able to come up with a worthy follow up album.”

Black Aces‘ “Shot in the Dark” (live at the Moe Hotel) track: