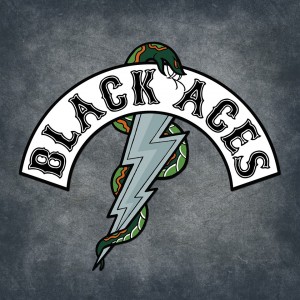 Aussie hard rockers Black Aces have released a video for their a song “Girl Like You” from their new album Shot In The Dark, which was released back on January 25, 2016.

Sleaze Roxx stated the following in its review of Shot In The Dark: “Some albums are just easy to review and enjoy. You hear the first few chords played and you know you’re likely going to really like the whole album.” Sleaze Roxx went on to add, “By the time that Black Aces‘ lead vocalist Tyler Kinder opens his mouth, it is obvious that this is another AC/DC meets Airbourne type record. Yes, the AC/DC sound has been emulated by many and mastered by few but Black Aces are in the latter category almost perfectly regurgitating the AC/DC sound and taking it to the next and faster level very much like their countrymen Airbourne. There are many AC/DC copycat type bands out there and many are not worth your attention. Black Aces are worthy of your attention and more. On Shot In The Dark, the group takes their no bullshit rock n’ roll and shoves it in your face track after track, crunchy riff after crunchy riff, shrieking vocal after shrieking vocal. As to be expected, there are no ballads of any kind on Shot In The Dark. It’s 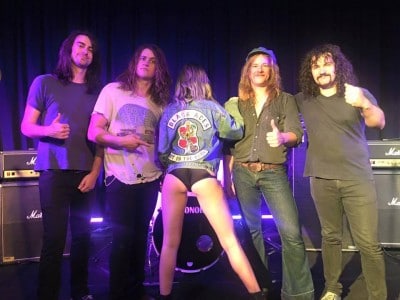 simply ass kicking rock and roll through and through.”

Sleaze Roxx concluded its review of Black Aces‘ Shot In The Dark by stating: “Whether Black Aces borrow too heavily from their counterparts Airbourne or not, one thing is for sure. Black Aces are very good at what they do and that is play straight up ass kicking and faster paced AC/DC influenced rock n’ roll. Considering that Airbourne are one of the best bands to have come out in the last decade, having another band that plays similar type rock n’ roll is cause for celebration! If you like Airbourne, you are most likely going to love Black Aces‘ Shot In The Dark.”