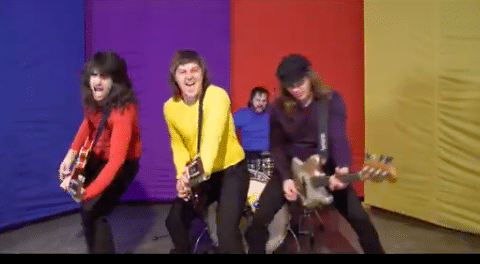 Australian rockers Black Aces have released a video for the title track of their upcoming new EP Never Change, which will be available on October 31, 2019. The video, which appears inspired from the long-standing and popular kids television show The Wiggles, premiered on Scenestr. 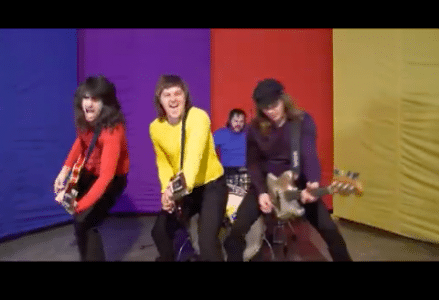 “Basically the idea stemmed from us just joking around and talking about silly stuff to do for a video, and we liked the idea of doing something a bit tongue in cheek, the Wiggles idea really stuck with us…. I think thematically it actually fits nicely with the songs premise too. The Wiggles have been around for almost 30 years and had a revolving door of members in recent years, and different generations of kids watching them. But in the end they are still just the Wiggles, four people in brightly coloured skivvies wagging their fingers; that’ll never change.”

Sleaze Roxx stated the following in its review of the Black Aces‘ album Anywhere But Here back in 2017: “Black Aces have done it again. Another meat-and-potatoes pub rock album that fans of Australian style rock will salivate over has been delivered. Some may say that too many bands sound far too much like AC/DC and lack originality. I fall in the camp of ‘who cares’? AC/DC were the biggest band in rock and roll, and are dead and gone forever now as we knew them. This has left a large black hole in the industry and I for one thank God that bands such as Black Aces continually crank out stellar albums and keep the sound alive. I just wish the major labels would wake up and realize there’s a whole new generation of horny, hung-up James Deans out there feeling isolated, out of it, frustrated and yearning for expression. Black Acesare playing their song.”