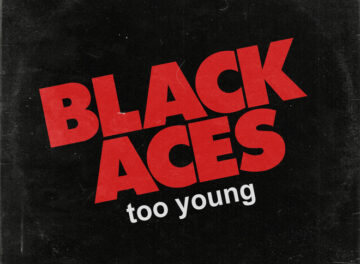 Aussie rockers Black Aces consisting of Tyler Kinder on lead vocals and lead guitar, Brett Tyrrell on rhythm guitar, Alex McMillan on bass and Pete McMillan on drums will be releasing a new single titled “Too Young” via Off Your Rocka Recordings on January 27, 2023. 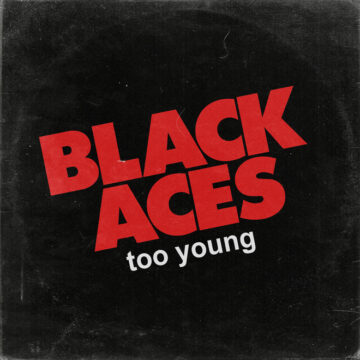 “”Too young to know better, too old to do it again”…

Aussie hard rock quartet Black Aces are back with brand new single ‘Too Young’, a tribute to mistakes made, those yet to come, and having a crack no matter what!

Yes, the boy’s from Bendigo are kicking off 2023 with a bang, dropping their first new music in three and half years.

Featuring Tyler Kinder‘s unique vocals, a foot stomping beat, and a guitar hook The Cult would be proud of, Black Aces have produced a driving rocker that’s a heart-sleeved throwback to the sweaty pub rock heyday of the 1980’s, whilst still keeping one foot firmly planted in the 21st century.

‘Too Young’ is the first single from Black Aces’ yet to be titled third album and sees the band once more team with producer/engineer Colin Wynne (Bad//Dreems, The Casanovas). Mastering duties were handled by ARIA winner Andrew Edgson of Studios 301, whilst legendary Aussie producer Mark Opitz (AC/DC, INXS, Cold Chisel) also lent a hand, helping the lads refine the track during pre-production.

‘Too Young’ will be available Friday 27th January through Off Yer Rocka Recordings.

You can catch Black Aces live on the Too Young Tour throughout January and February, with more dates to follow throughout the year.

Black Aces‘ “Show You How To Rock N Roll” lyric video (from Anywhere But Here album):