UK hard rockers, Black Cat Bones, are scheduled to release their new EP Down To The River via Broken Road Records on November 19, 2016. 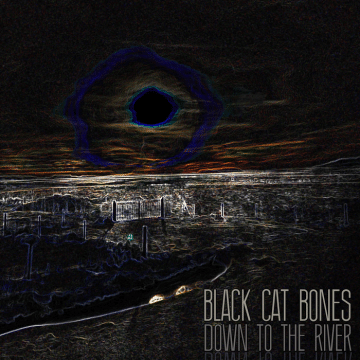 “Broken Road Records & Black Cat Bones are delighted to announce that the new EP “Down To The River” will be released on the 19th November 2016.

“Down To The River” features 5 brand new tracks following on from their debut release “False Promises & Wasted Time” and elevate the band to the next level.

Formed in 2013, Black Cat Bones quickly became one of the most exciting bands on the Liverpool music scene, playing The Cavern Club and the O2 Academy for the first time that same year, and not for the last time, they feature as support slots for touring bands on a regular basis.

Quickly filling headline shows their exciting live performance was soon backed by the recording of their debut EP False Promises & Wasted Time, which was given rave reviews from notable colleagues such as The Answer who listened to the record on the road on their “Long Live The Renegades” tour, Paul Guerin from The Quireboys and Joe Elliott‘s Down And Outs,

“False Promises & Wasted Time is Brilliant”, Brad Marr from Massive, “Black Cat Bones: 80s inspired LA street cred, punch in the face rock n fucking roll, I’m all for it. It’s the sorta music that will make you forget the rules, get real messy wake up with a mad hangover and want to do it all again.” and Bumblefoot, formerly of Guns N Roses, who said “enjoyed your songs on soundcloud, keep it up!”

The band has since started to build up a strong fan base across the UK playing gigs in Manchester, Blackpool, Leeds, Sheffield and London’s famous Tin Pan Alley to name but a few. Being booked to support Nazareth and The Quireboys, Black Cat Bones have also been booked to play festivals around the UK such as Prestons Rock Prest, Boltfest and Bickerstock.

With the energy that they bring to the stage, style, passion and rip roaring guitars and vocals, Black Cat Bones are surely one to watch and definitely not to be missed live. “I thought hard rock was dead, but it isn’t”. If there was ever a compliment to be given to Black Cat Bones, this is the one to give.” – Liverpool Noise.

“Down To The River” will be released on 19th November and the physical edition is available to pre order right now at brokenroadrecords.com”