Black Cat Bones to release second EP ‘Down To The River’ on September 29, 2017 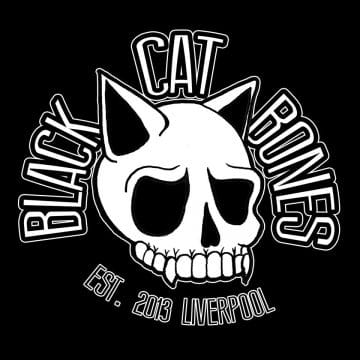 UK rockers Black Cat Bones will be releasing their second EP Down To The River on September 29, 2017, which will follow up their debut EP False Promises & Wasted Time.

Black Cat Bones were recently interviewed by Vent Magazine and stated as follows (with slight edits) about the recording and writing process for the EP: “I love recording, I get to play around with the vocal sounds and layering stuff, then we’ve got to try to recreate that live! The boys are very efficient getting in and laying the tracks down, and in ten to like getting things in a couple of takes, I don’t like doing things a million times, it really loses its soul. Writing happened over about a year I think, on and off, “Seen Better” was pretty quick when the lads played me the track, “Lust” had been knocking around for ages, but it was just that riff. “Give You The World” was a tough nut to crack, “Rimmer” came to me with lyric ideas, which he doesn’t usually do. Took me a while to mould that into something that in could get passionate and sing about, plus Dennis Skinner is on the track. 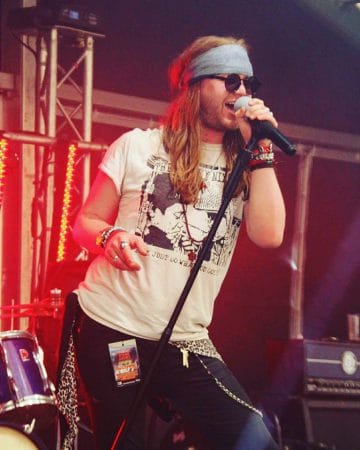 “Devil You Know” was something kebab brought, and “River” was never going to be on the record at all.”

You can read the rest of the interview with Black Cat Bones at Vent Magazine.

“Formed in 2013, Black Cat Bones quickly became one of the most exciting bands on the Liverpool music scene, playing The Cavern Club and the O2 Academy for the first time that same year, and not for the last time, they feature as regular support slots for touring bands. Quickly filling headline shows their exciting live performance was soon backed by their debut EP False Promises & Wasted Time, which was given rave reviews from notable colleagues such as The Answer and Bumblefoot, formerly of Guns N Roses, who said “enjoyed your songs on soundcloud, keep it up!”

The band have since started to build up a strong fan base across the UK playing gigs in Manchester, Blackpool, Leeds, Sheffield and Londons famous Tin Pan Alley to name but a few. Being booked to support Nazareth and The Quireboys, Black Cat Bones have also been booked to play festivals around the UK such as Prestons Rock Prest, Boltfest and Bickerstock. With the energy that they bring to the stage, style, passion and rip roaring guitars and vocals Black Cat Bones are surely one to watch and definitely not to be missed live…”