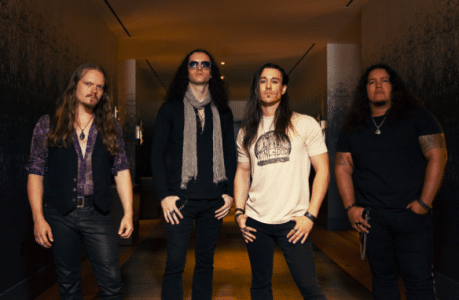 “Austin, TX based Rock Band Black Heart Saints has released the official music video for “Crazy,” the second single off of their newest EP, Misery. “Crazy” picks up where the last single, “Lines,” left off: we’ve seen the band get lost in the Texas Hill Country, and now, in this second part of the story, the guys encounter a strange recording studio with an even stranger producer. Watch as mayhem unfolds during the recording process.

” ‘Crazy’ has sort of a modern rock meets Mötley Crüe vibe. The video was inspired by Fear and Loathing in Las Vegas, and things get really weird when an unexpected acid trip interferes with the recording process. Every video in this film series seems to get better and better, and we are excited to share with our fans. ” – Black Heart Saints“