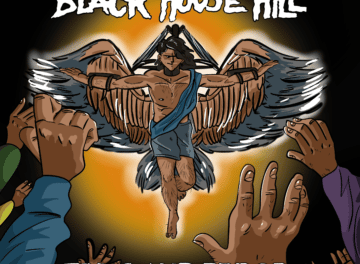 Swedish rockers Black House Hill consisting of Alex (vocals and guitar), Erik (bass), William (drums) and Nils (guitar) will be releasing their third studio album Fame And Misfortune on July 22, 2022. The group has already unveiled videos for a number of singles consisting of “Drag Me Down”, “She’s My Cocaine”, “Trial And Error” and “I Don’t Want It.” Black House Hill previously released the albums First Fear (2018) and Release The Bullet (2019). You can check out Black House Hill via their Facebook and YouTube pages. 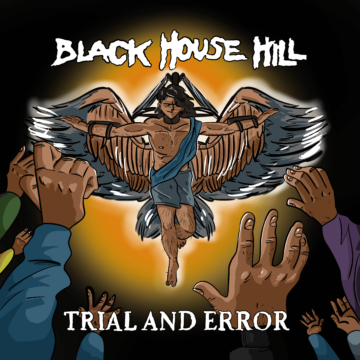 Black House Hill‘s press release indicates: “Black House Hill is a hard rock band from Uddevalla, Sweden that in a short period of time have taken the west coast of Sweden by storm. Their sound is very varied and ranges from bold riffs, double bass drums and A rumbling bass to a more calm and melodic sound.

The band draws a lot of inspiration from the 70’s and 80’s and takes us back to the rock ‘n’ roll as it once was but with their own special twist. They want to show that hard rock is far from dead and prove to the older generation that there are still young and hungry hard rock bands out there. They have supported greats like Dia Psalma and Total Chaos. They have also reached the national ﬁnal of The Imagine Sweden contest where they played in at the end of May 2019. On August 26, 2019, they released their second studio album ”Release the Bullet”. During the pandemic, the band has written a new album and in June 2021, the band did a two-week tour in Ukraine.”

In an interview with the Bucket Playlist, Nils explained how Black House Hill came up with the album title Fame And Misfortune. “We always had a bit of bad luck,” Nils said. “It seemed suitable for us (laughs). Before William joined, we had loads of drummers that quit. We have good timing right now, our luck is turning. The title speaks to every one of us.”