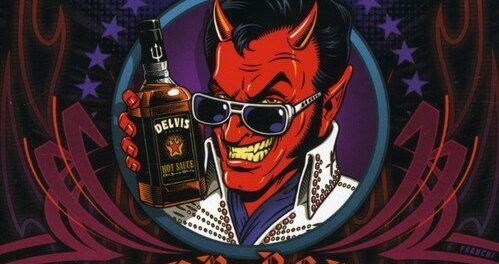 St. James replaced Jani Lane in Warrant for four years between 2004 and 2008 during which time the band released the album Born Again in 2006. 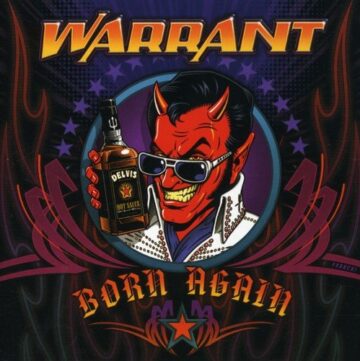 With respect to his thoughts on the Born Again album, St. James indicated: “OK, well, there are some people that really love it and some people that hate it. I don’t think you’d hate it if you’re a fan of both bands [Warrant and Black ‘N Blue], I guess. I only was able to have five songs on that record which I co-wrote or wrote. They wanted their part because obviously they had been in Jani’s shadow forever and they finally got a chance to write songs. Mainly Jerry Dixon and Erik Turner. So they basically said, “We will give you five songs to be involved in. We’re going to take the rest.” And that’s fine. There’s some good stuff on there. So, yeah, I think it’s a good record, but, you know, it’s kind of a bastard Warrant record. [Laughs].”

In terms of Lane returning to Warrant and whether he was blindsided by that decision, St. James stated: “No, basically they just said, “Listen, we’ve got some great offers to bring Jani back to the band and we’re going to give it a shot.” And, you know, the hard part about it was that I had been touring with those guys playing like 60, 70 shows a year. And it’s kind of like a family thing, and I realized I was not going to be working, which is really the way it should have been. You know, it’s Jani’s band, he should be out there. I was just delighted. It’s just weird when you’re in a band and you play that much, you spend a lot of time together. It’s kind of like family. That’s kind of where it was for me. But it was the right thing that they needed to do. So it was all good in retrospect.”

Sleaze Roxx stated the following in one of its two reviews for Born Again: “Ever notice that almost every band from whatever style they come from claims their new album will sound like the old stuff and never does? Well, someone finally made good on that promise! Erik Turner said in several posts on the band’s official site that this record isn’t the band trying to break down musical walls or trying to be at all contemporary. It’s Warrant the way Warrant wants to sound and the way they never should have stopped sounding. In other words, as Erik put it, Born Again is the album that should’ve followed Cherry Pie.

The first important thing to note is there is a new lead singer in Warrant while Jani Lane continues his three year nervous breakdown. Jani is off playing classic Warrant material on solo tours when he remembers or is sober enough to show up. So, filling the bill as the new vocalist is Jaime St. James formerly of Black ‘N Blue. The result of the new line-up is a band that sounds more like Warrant than Warrant has sounded in the past decade.”

Warrant‘s “Down In Diamonds” video (from Born Again album):