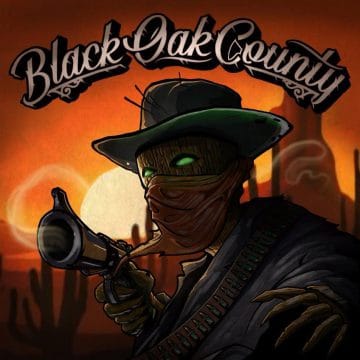 Danish rockers Black Oak County have released a video for their new song “Pretty Pistol.” The group released its self-titled debut album via Mighty Music back in February 2017.

“Black Oak County have already made their mark on the local music scene in their hometown of Esbjerg, Denmark. Through their powerful, energetic liveshow of international quality, the band have opened for Danish rock legends D-A-D (Disneyland After Dark), and have played sold out shows in their hometown.

Now with the upcoming release of their debut album on Target Records/Mighty Music, the band is ready to take on the nation – and the world!

With influences spanning from metal to southern rock, the band brew their own hard rocking musical moonshine by combining big, catchy choruses with heavy riffage, and a tight rhythm section with plenty of guitar solos, and will leave any listener with an insatiable thirst for more!”

“Pretty Pistol” is out 24/8-18 worldwide through Mighty Music on all digital sites. Video – Produced, filmed and edited by Rasmus Alenkær/ RaPix (www.rapix.o…