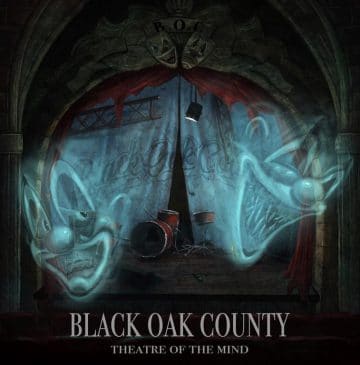 Sleaze Roxx stated the following in its review of Theatre of the Mind:

“Back in late 2016, I was introduced to Black Oak County from Esbjerg, Denmark. Their self-titled album really impressed me as “a killer modern rock album that drives into your head and stays there like a bad infection. The more I listen, the more I want to hear it again.” This new album, Theatre of the Mind, works as an extension of that first effort with some slight differences.

What is immediately obvious is the vocal change. The original singer chose to depart, and after looking at several options, they decided on existing bassist René Hjelm to “helm” the band (pardon the weak pun). Hjelm does not, to me, carry the same aggressive sound of his predecessor, but then Black Oak County have seemed to adjust their own sound as well. I remember back in 2016 asking guitarist Jack Svendsen about how the band was influenced by Black Stone Cherry, and he agreed. I would say that as Black Stone Cherry has evolved, so has Black Oak County.”

“Wasted Life” is taken from the album “Theatre Of The Mind” out 26th of April 2019 on LP, CD and digital worldwide through Mighty Music.Order LP and CD here …