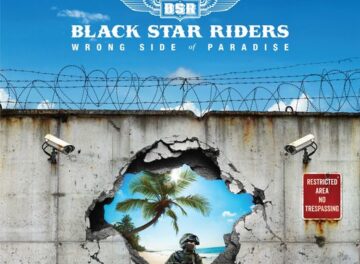 Black Star Riders featuring Ricky Warwick (lead vocals, guitar), Robbie Crane (bass) and Zak St. John (drums) will be releasing their first album without Scott Gorham in the line-up. The group’s new album Wrong Side of Paradise will be available via earache on January 20, 2023. 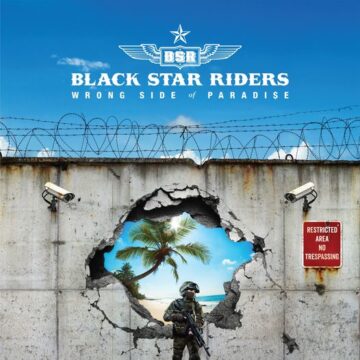 “We’re so happy to have finally been able to unveil the details of our new album ‘Wrong Side Of Paradise‘ to you this week!

What do you think of the album cover?

We wanted a strong visual concept for the album cover, so it was only natural for us to work with the great Paul Tippett again. Paul has been working with us on design and graphics since our first album, ‘All Hell Breaks Loose‘. The cover was worked up from the idea that walls cannot only be put up to keep us in check but also to see who cares enough to smash them down.

Pre-order ‘Wrong Side Of Paradise‘ now at earache.com/blackstarriders“