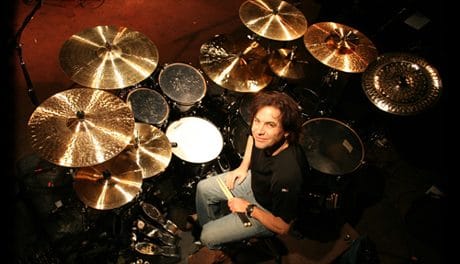 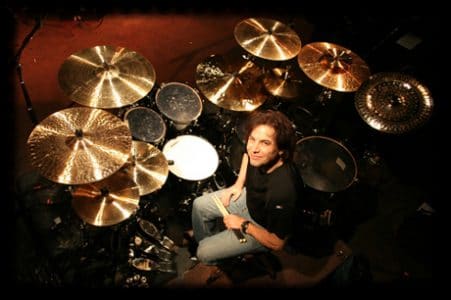 March 16th (see below) whether he would be able to continue juggling both Ratt and Black Star Riders. The answer is apparently “no” as Black Star Riders and DeGrasso have parted company after many tours and three studio albums — All Hell Breaks Loose (2013), The Killer Instinct (2015) and Heavy Fire (2017) — together.

In a mutual decision, Black Star Riders and drummer Jimmy DeGrasso have decided to part ways. The band wish him well in his future endeavours and thank him for the great albums, killer shows and good times together. The new drummer will be announced shortly.

Black Star Riders start their summer European Tour in Dusseldorf on May 24th.” 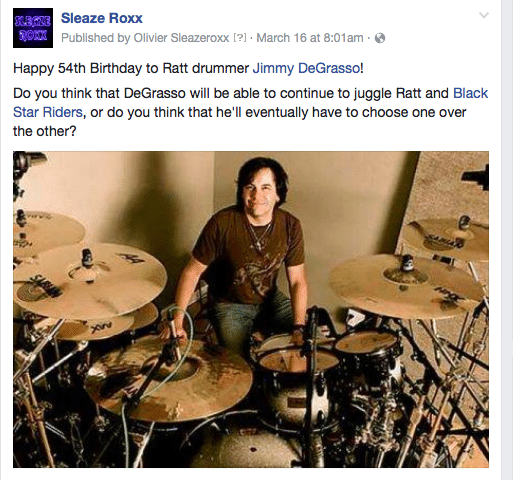