Texas, USA based rockers Black Tora have released a new song titled “Racing Time” which is available for streaming. 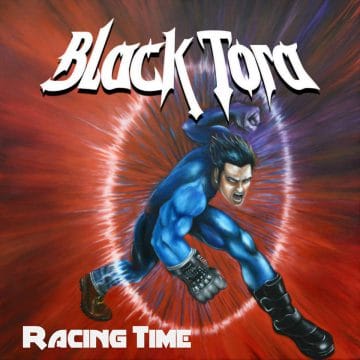 Black Tora guitarist RazorDave was interviewed two years ago by Real Rock And Roll and shared how the group got started as he stated: “The band has gone through many different morphs, names etc. It started off as many bands have. A group of guys just jamming some cover tunes. As time moves forward, you make the best decisions you can. The beginnings go as far back as the mid 2000’s. Around 2009 was when we trimmed the band to a trio and changed the name to Black Tora. Tora is “tiger” in Japanese which was the mascot for our hometown. So it’s like a nod to our roots.”

RazorDave was also asked if he had any advice bands starting out to which he stated: “I don’t know if I feel qualified to be giving advice, but if it were sought, I’d say this. The longing for a fruitful musical career is one of the toughest challenges there is. There is no school for it, no recipe, no one sure fire way. You just have to crawl, dig, persist, and even then, the greatest of bands still need luck.”

You can read the rest of the interview with RazorDave at Real Rock And Roll.