Texan rockers Black Tora‘s previous incarnation of Warryor released one EP titled Demo back on January 1, 2007, which will now be getting a limited vinyl release via Metal Supremacy Records. 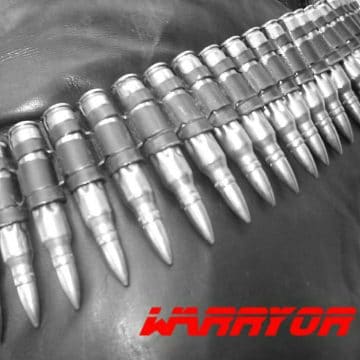 “2017 marks the 10 year anniversary of our first “DEMO” and it’s seeing a limited VINYL release via Metal Supremacy Records! We have recieved some of the proofs and it looks KIIIILLLLERRR!!! Here is one of the tracks “Speed Demon.” Stay tuned for more details.

Also, new music and performances in the works. Metal on.”

Sleaze Roxx stated the following in its review of Black Tora‘s Raise Your Fists EP released back on August 23, 2012: “Everything is bigger in Texas, so it makes sense that Black Tora‘s new EP feels bigger than just a set of five songs from a three piece band. For a group often discussed as one of the up and comers in the genre of heavy metal, would this EP live up to the hype? Simply put, yes — it most certainly does.”