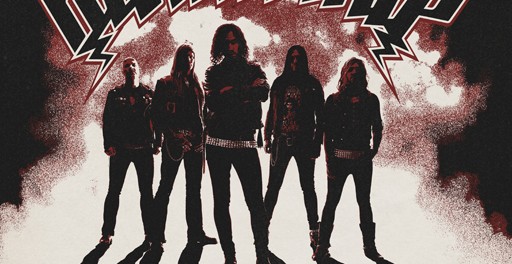 Black Trip are back. Their first album Goin’ Under released in 2014 (2013 in Scandinavia) was soaked in the true spirit of the NWOBHM and showed that great heavy metal music still can be made. With bands like Iron Maiden, Saxon, Thin Lizzy and 70’s era Scorpions amongst their influences, Black Trip really paid both homage and respect to the classic metal sound that runs through the veins of every metal head, and yet they have their own distinct sound and direction.

Now, two years on from their debut record, Black Trip are about to release their second album Shadowline. The band debuts the first lyric video from the album for the song “Berlin Model 32”.

Shadowline was recorded and mixed by Nicke Andersson (Entombed, Hellacopters, Imperial State Electric) at his studio The Honk Palace in February/March 2015. The recording reportedly went really smoothly and Andersson has seemingly captured the sound and feel of the essence of what Black Trip are all about. Lead vocalist Joseph Tholl stated: “Nicke was totally on our wave-length from the start and during the recording process, it felt like he was more or less one of us.” Guitarist Peter Stjarnvind pointed out that: “His all round input was just great. He would suggest simple things like going from a 4/4 time to double time on the hi-hat to give that extra drive. He really brings the best out of you in the studio and recording guitar solos with him was a delight. He is always encouraging you to do your best”.

Shadowline will be released through SPV/Steamhammer in North America on September 4, 2015 as a Digipak CD, Colored Vinyl LP and Digital Download. 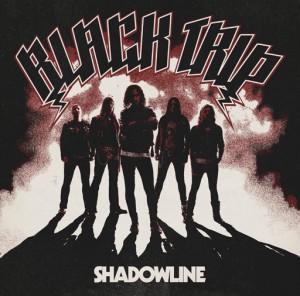 To coincide with the release of the new album, Black Trip will hit the road for their first European tour dates outside of Sweden, something the band are hugely excited about.