Blackberry Smoke release song “Waiting For The Thunder” for streaming 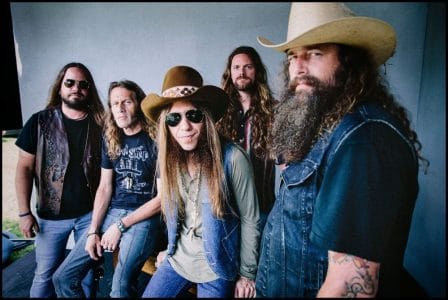 Atlanta, Georgia, USA based band Blackberry Smoke have released the lead off track “Waiting For The Thunder” from their upcoming new album Like An Arrow, which is set to be released on October 14, 2016.  Pre-orders can be made on the band’s website.

Blackberry Smoke‘s upcoming new record Like An Arrow will apparently have a strong country rock flavour to it as the band advertised itself recently on its own Facebook page.

Back in September 2009, Sleaze Roxx described Blackberry Smoke as follows in its review of the band’s Little Piece of Dixie album: “Blackberry Smoke is a band of real people who write and record real songs for real people in the real work…enough said.”