Blackberry Smoke release video for title track “Like An Arrow”

Atlanta, Georgia, USA based rockers Blackberry Smoke have released a video for the title track from their latest studio album Like An Arrow released back on October 14, 2016. 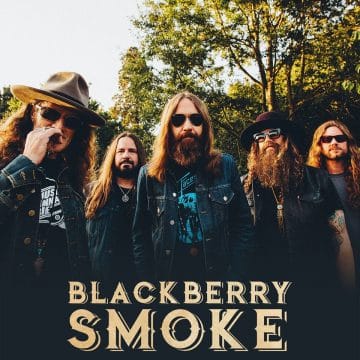 “Blackberry Smoke has never been a band that stands still. Whether pursuing the dream by logging hundreds of thousands of miles on America’s highways and abroad or relentlessly exploring the many facets of its most unique art form, the Atlanta quintet is always on the move.

The songs on Blackberry Smoke’s sixth album, Like an Arrow, due October 14, show just how far this authentic American rock band has come as the accomplished group of musicians tackles a diverse set of new ideas, sounds and territories, long after most bands with half the success might have settled into a well-worn groove.

“We’re all likeminded in that we all want to explore,” singer and principal songwriter Charlie Starr said. “There’s just no way we could make the same record over and over again, though there are some fans who would like us to. That’s just way too formulaic. If the Beatles or Led Zeppelin did that, we wouldn’t love them as much.”

Like An Arrow continues the trend of sonic exploration established on the Blackberry Smoke’s previous two releases, 2012’s The Whippoorwill and 2015’s chart-topping Holding All the Roses. It kicks off with the band’s heaviest song to date and explores British rock before moving on to musical stops in places like Macon, Woodstock, Muscle Shoals and Tulsa as Starr and his buddies follow the ramblin’ examples of timeless, authentic acts like The Allman Brothers Band, JJ Cale, The Band and others who define rock ‘n’ roll in all its many facets.”