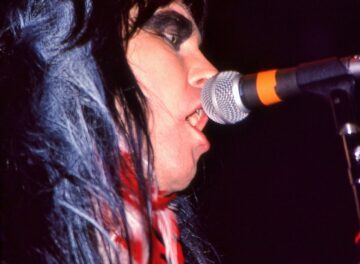 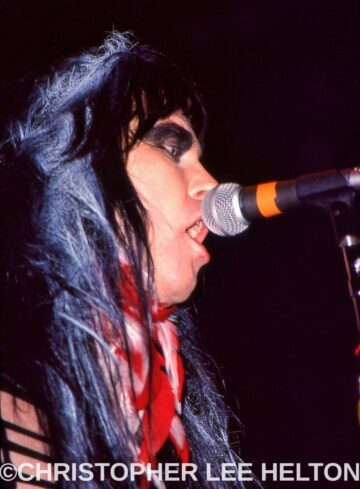 Lawless recently provided his recollection of W.A.S.P.‘s first ever gig at the Woodstock Concert Theater in Anaheim, California, USA back on August 28, 1982.

“40 Years ago today my life changed. To change in ways I had dreamed, but also to end up different than I had imagined. It’s impossible for anyone to foresee the totality of ways life will change when those dreams become reality. It was 40 years ago today W.A.S.P. played it’s first show, Aug. 28th 1982, at a long gone club called the “Woodstock”. The lineup at that time was Tony Richards on Drums, Chris Holmes on Lead Guitar, myself on Guitar and Vocals and Don Costa on Bass. This was our humble (if you wanna call it that) beginning. Many of you have heard me say that when we first started we never had any intention of ever playing live shows. In Los Angeles at the time it was mostly impossible to get a record deal from only playing live. Ironically, our true intention was only to make records and we knew from having lived in L.A. for such a long time that the only real way to get a record deal was to make the best demo tape you could make. So that’s what we did. We made a demo of songs that would end up being mostly our first album, but we had sent those tapes out to labels a couple of months earlier and we got no response from any of them. So in our impatience, we said, well we think these songs are pretty good, why don’t we take them out and play them live a see what happens. So again, that’s what we did! A month later we would move up into Hollywood at the Troubadour. 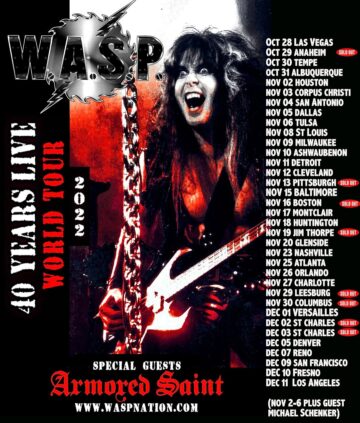 For us that were part of this historic night, the importance of this show cannot be overstated. We were a group of musicians that had no idea of what or how we would look in a live show. All that would come later over the course of the next few weeks. I would like to personally thank the band and all the crew that were involved that night for that first show. All of our destinies would change that night.

I’ll explain more next month in a segment that I’ll do to mark the first show we did at the Troubadour. For what most of the world knows that’s really where the band began, but this show too is significant because it was the real beginning of the band in its 4 decade long journey. This show would be the first night anyone would hear, “Love Machine, “On Your Knees”, “Hellion” and “School Daze”. I remember taking the stage that night and thinking, nobody knows who were are and nobody knows these songs. From this night, almost 2 years to the date of the release of our first album, all that would change!