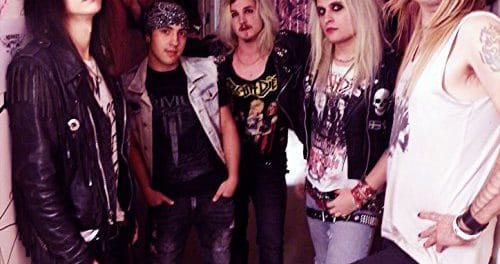 Swedish sleaze rockers Blackout Express consisting of singer Tobias ”Lizzy” Eriksson, guitarists Max ”Mikki” Lindahl and Chris Young, bassist Matti ”Acey” Petterson and drummer Johan ”Johnny” Eriksson have released the single “Don’t Want To Be (Like You)” for streaming. This is after a period of relative inactivity due to singer Tobias “Lizzy” Eriksson being involved in a car accident and suffering some serious injuries. 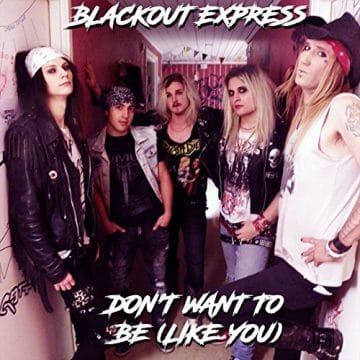 The following message was posted on Blackout Express‘ Facebook page back on October 23, 2017:

“It has been very quiet from us for some time now but we now have some news. A few weeks ago our singer was involved in a pretty bad car accident. He is alright for the moment except for some major damage to one of his eyes and a broken rib. Therefor we have had to delay the recording of our next single.

The 2nd weekend of November we will go back into the studio to wrap things up and get everything done. One of the following weeks after that we will record the video part for the song. Our goal is to have everything done by early December.

We haven’t set a date for release yet since things took quite a turn and we haven’t got everything settled yet.

When we have more info we will make sure to let you know.

In the meantime make sure to blast Adrenaline on repeat! 😉

Blackout Express‘ “Don’t Want To Be (Like You)” song:

This is our 2nd single “Don’t want to be (Like you)”.Follow us on:https://www.facebook.com/BlackoutExpressBand/https://www.instagram.com/blackoutexpressband/…