Former Iron Maiden lead vocalist Blaze Bayley was recently interviewed by Daniel Höhr for KNAC. Bayley was in Iron Maiden from 1994 to 1999 and handled the lead vocals on the studio albums The X Factor and Virtual XI. The singer spoke 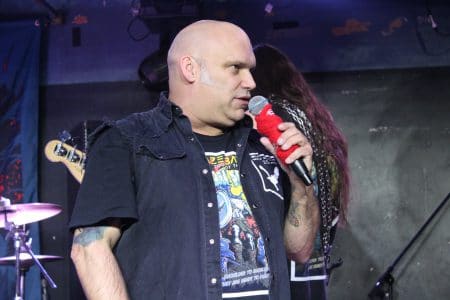 about his 25-year Iron Maiden anniversary set that he played at Burr Fest in London, England on March 7, 2020 in honour of former Samson and Iron Maiden drummer Clive Burr who passed away after battling MS in 2013.

Bayley indicated (with slight edits): “Well, that was one of the last live gigs in the UK. I really thought that it could not happen at all. In France they had already said 500 is the limit and many gigs were stopped. We didn’t know if this was gonna go ahead but were lucky that it did go ahead. It was a sold-out show. It was the first time I did my 25-year-anniversary Maiden set in the UK and it got an incredible response. It was mind blowing and very humbling. There were people there that followed me to all my solo gigs and there were people there that hadn’t seen me since Maiden, and there were also people who had never, ever seen me perform live but wanted to hear me sing those old songs from my era. And it was just incredible. The reaction was mind-blowing, it was an incredible experience. I never expected that reaction at all. And that was the last live performance that I did and it’s great to have that as the last live performance. I don’t know when the next one will be. But that was something very, very special.”

Blaze Bayley’s setlist at The Dome in London, England on March 7, 2020: 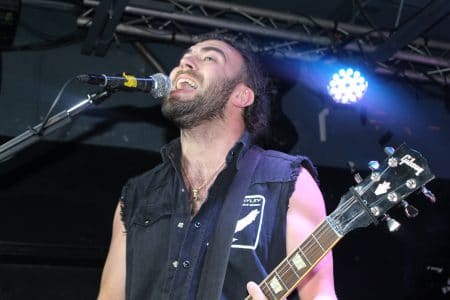 Blaze Bayley performing at Burr Fest at The Dome in London, England on March 7, 2020:

A great set from Blaze celebrating 25 years since he joined Maiden. A great time was had by all. All rights go to Maiden, Blaze and the awesome Burr Fest org…