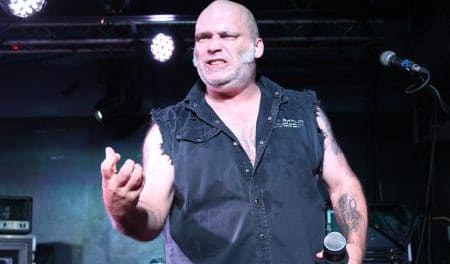 Former Iron Maiden frontman Blaze Bayley was recently interviewed by Andrew Daly for Vinyl Writer Music. Bayley was promoting his new studio album War Within Me, which was just released today (on April 9, 2021).

In terms of the inspiration for War Within Me, Bayley indicated (with slight edits): 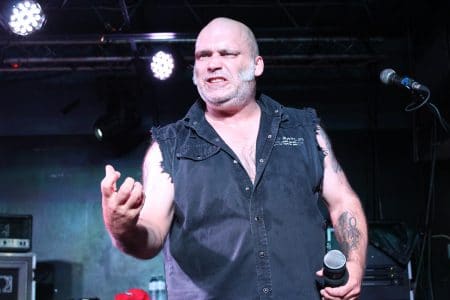 “Well, we made the trilogy, Infinite Entanglement. That was impossible, three albums in three years, keeping the quality of the songwriting up, one big concept over three albums, and keeping people interested. It was impossible, but we did it anyway. And that’s my greatest achievement in music so far. Thirty-some odd songs on the three albums of Infinite Entanglement and each one had to be connected to the story somehow or connected to another song or a character. That’s part of the concept.

So when we sat down with this album, it was “We’ve got to come up with 10 songs, and they don’t have to be related to each other.” So that was just like being let out of jail in a way. I mean, I love what we did, and I’m so proud of it, but it’s a lot more concentration. We had a few little ideas that we’d come up with that we thought might be for the trilogy, but they just weren’t. So we had those in the vault, and then we had a couple of subjects that I knew I wanted to write about. So that was another thing. I suppose the thing that really took us in the direction that War Within Me has gone in is coming back from South America and arriving in Paris for the connecting flight to the U.K., and suddenly there were Covid-19 signs up everywhere. In South America, there was no sign of Covid at the time, so that was a complete shock.

When we did our last performance in London, in March [2020], it was sold out. That was one of the last gigs by anybody in Europe, period. So what happened was two things…first, every time one of the festivals or gigs we had scheduled got canceled, that gave us extra days, which would be available for writing and recording. We were able to have more time to actually spend on 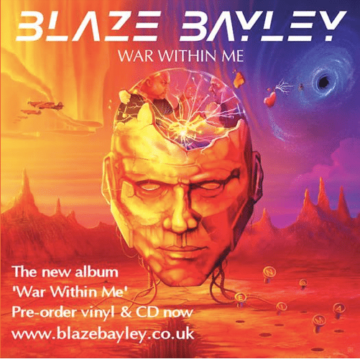 the writing and recording and more time for everything else because of those cancelations. It was horrible, absolutely horrible, but we had that time, and that was great in a way.

So we just kept going and going and going. And I think [producer] Chris Appleton just did an amazing job of putting up with me. I can be such an asshole. I’m not just a challenge to work with. It’s basically you work with me, and it’s like suicide. It’s so difficult because I get my vision, and that’s it. It just has to go that way. Now, I may not have the words to describe that, so I’ll just pushing things in that direction, and if you don’t get it, you’re just going to feel like you’re being pushed, and then when it comes together, we go, “Oh, now it makes sense.”

Some of it was a challenge. It was a lot of work and a lot of fun. We had some great laughs, and we had some very late nights. We had some arguments and disagreements, and I felt at the end of the album, “Well, probably that’s the last time Chris Appleton will ever want to speak to me because this has been such a challenge.” Thankfully, we are talking again; I think maybe because he knows we don’t have to make another album any time soon, you know? [Laughs]. I know so many fans have waited a long time for this album. At this point, I hope they’re all saying, “Oh. Thank goodness I’ve got my Blaze Bayley album. It’s what I thought it would be.””

You can read the rest of the interview with Blaze Bayley at Vinyl Writer Music‘s website.