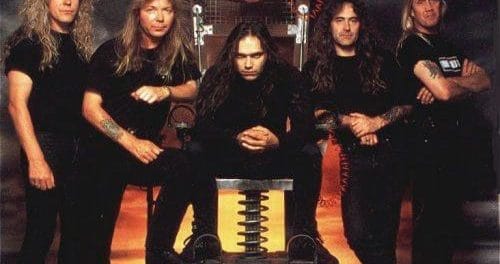 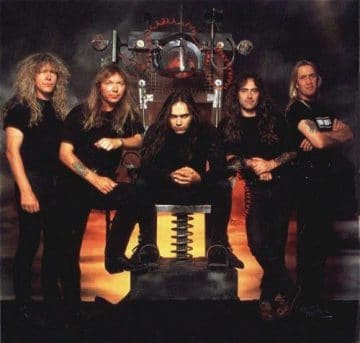 Former Iron Maiden lead vocalist Blaze Bayley just completed three shows in Canada and he was interviewed during that time by Jimmy Kay for Canada’s The Metal Voice.

Bayley was asked about the songwriting process for selected songs during his time in Iron Maiden from 1994 to 1999 and which saw the release of the albums X Factor (1996) and Virtual XI (1998).

With respect to the song “Virus” which appears on Iron Maiden‘s compilation album Best of The Beast (1996), Bayley advised (with slight edits): “It was very unusual from all the songs we wrote that the whole band all five of us contributed to the song ‘Virus’. Everyone in Iron Maiden contributed to writing of that song and then we recorded it, like we rehearsed it. However we never played that song live with Iron Maiden. Today I do my own version of ‘Virus’, my own arrangement that suits me and the band and it is on the new Live In France album.”

In regard to the song “The Sign of The Cross” which appeared on the X Factor, Bayley indicated: “That song was a huge challenge at the time because it’s such an involved song that no one could remember how the song went. That was the only song we did together where we said we are going to have to piece this together. We recorded this part and then we record the other 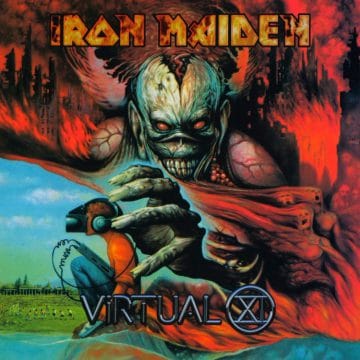 parts and then we put it all together. And it wasn’t until we actually heard all the song put together that we knew the song was completely fantastic. We played that song live with Iron Maiden many times and it was incredible. It just has such a great atmosphere and vibe to it.”

In terms of the song “The Clansman” which appears on the Virtual XI album, Bayley stated: “That’s huge, in so many ways because I remember Steve Harris coming into [the] studio with a bit of paper and he said what do you think of this idea and he just sang it to me very quiet. I said it was amazing and that was ‘The Clansman’. Then we rehearsed  it all together and it had a real magic about it.  I think because of the subject of the song  there were a lot of things against Maiden at that time. A lot of promoters had lost confidence, CD sales were down at that time and to be singing that song and the spirit of that song being about freedom and holding on and not knuckling down felt right. Not changing direction. We would really stay true to quality. Sort of stay true to yourself and that was really special and you could never predict the impact of that now, I’m now fascinated. “

With respect to the track “Futureal” from the Virtual XI album, Bayley advised: “Steve came to me and said he had his fast tempo song idea and if I had any lyrics for it? And I did had these lyrics I had been working on which were based around paranoia  and that’s what the lyrics were about. It was fantastic and it was a set opener on the Iron Maiden set list.” 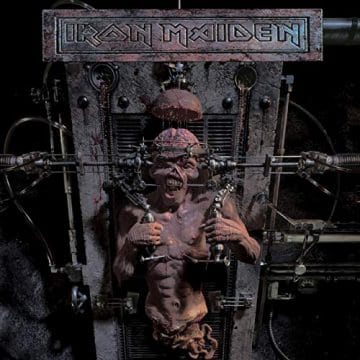 Finally for the song “Man On The Edge” from the X Factor album, Bayley stated: “For ‘Man On The Edge’, I went to Janick Gers‘ home studio where we sat down and we were going through things. That song is based on the movie Falling Down with Michael Douglas. The movie is about a guy pretending to go to work every day because he is ashamed that he’s been fired from his job. He’s been let go from his job.

It was similar to my life when I was a very young man and I had a paper route every day and I was fired. I was scared of my stepfather and what he would say if he found out it that I didn’t have my paper route anymore. I was scared sick of my father that I went every day at 7 a.m. to give the appearance I was still working. So when I saw the movie Falling Down, it really resonated with me and my life. It was the first single chosen from the album and the video was great. For me, that was the first hit song, top 10 and it was incredible that I had been a part of it. “

Jimmy Kay from Canada’s The Metal Voice spoke to Former Iron Maiden singer Blaze Bayley at the Piranah Bar on May 12 2019 in Montreal, Quebec Canada. Bayley …