Former Iron Maiden frontman Blaze Bayley, who is backed by three quarters of the British metal band Absolva consisting of guitarist Christopher Appleton, drummer Martin McNee and bassist Karl Schramm., has released a video for his song “Fight Back” from his upcoming new live CD/DVD Live In Czech, which will be available on April 3, 2020. You can pre-order Live In Czech in various formats via Bayley‘s website. 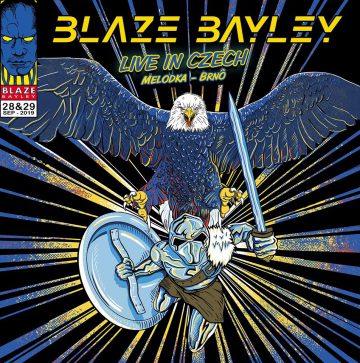 Sleaze Roxx stated the following in its review of Bayley‘s show at The Rockpile in Toronto, Ontario, Canada on May 10, 2019: “One band that I have always loved — especially in concert — is Steel Panther because they are able to mix humour with some 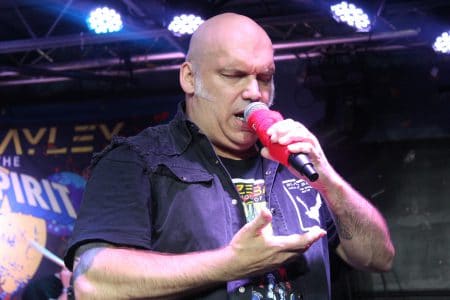 great songs and showmanship. While no artist or band has really come close to Steel Panther in terms of mixing comedy and humour into a heavy metal concert, Blaze Bayley is a funny guy and once again proved to have a great sense of humour. I mentioned his opening address to the crowd but that did not stop there. Towards the end of the set, Bayley “battled” with guitarist Chris Appleton on who could get the loudest cheers from the audience. In essence, Appleton would go up towards the front of the stage (with his guitar) and get everyone to cheer. Bayley then took his turn getting to the front of the stage but Appleton encouraged the crowd to stay quiet behind Bayley‘s back. As I describe this event, it seems so basic but Bayley and Appleton “battling it out” on who could get the loudest roar from the crowd elicited many smiles (including my own). Bayley also made funny faces whenever he felt that the audience was not cheering loud enough. Again, not rocket science to execute but a great way to keep the crowd engaged and cheering throughout the show.”