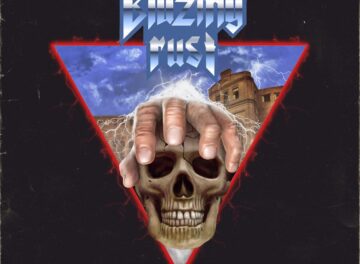 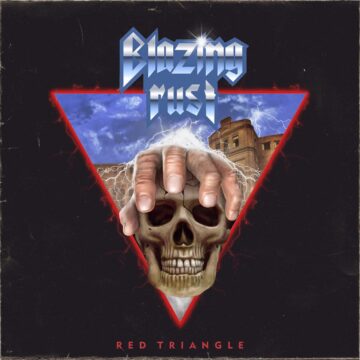 “Traditional heavy metallers Blazing Rust have released their new music video for the new single ‘Red Triangle’, which will become part of the eponymous EP. The album cover was also revealed by the band along with the details regarding the new release.

The St.Petersburg-based ambassadors of the NWOTHM (New Wave of Traditional Heavy Metal) movement, spent the last two years between lockdowns, concert cancellations, Covid-related illnesses within the band, and rare shows that took place after the release of the critically acclaimed second full-length “Line of Danger”. The album saw the light of day in the summer of 2020 through Pure Underground Records (Germany).

Year 2022 saw Blazing Rust recording the new EP, containing a brand new song “Red Triangle”, which tells a story about the mysterious semi-abandoned factory that becomes a shelter for many musicians, artists, and dreamers. This place is actually real, and the band actually resides there.

The other tracks include cover versions of the Soviet metal classic from 1986 “Dalniy Svet” (Distant Light), originally performed by speed metallers Kruiz, and Bathory’s “One Eyed Old Man” from their Viking metal era “Blood On Ice” record.

To enhance the already-present 80s vibe, the band decided to include the retrowave remix of “Only to Burn”, the fan-favorite from their last LP. The new rendition of the track is filled with vintage synths and drum machines and frames the EP in a great, unusual way.

The “Red Triangle” EP is expected to come out on June 3. In addition to streaming platforms, the release will soon become available on CD and cassette through No Bread! record label & distro.”