Finnish hard rockers Block Buster have unveiled a lyric video for their track “Flammable” from their debut full-length album Losing Gravity, which was released via Frontiers Music Srl on September 13, 2019. 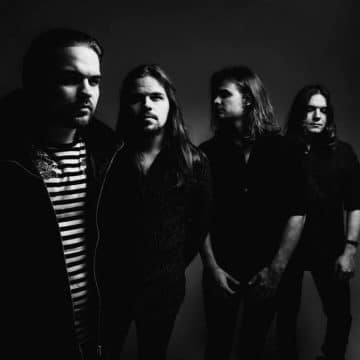 Block Buster and Temple Balls will be the special guests on Shiraz Lane‘s Rock Vibrations European Tour 2020, which sees three Finnish bands on one bill and started today. 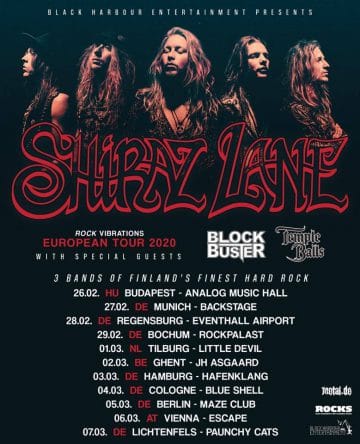 Amazon states the following about Block Buster: “Block Buster are an up and coming band from the Finnish hard rock scene and one of the new signings to Frontiers‘ New Breed roster. Young, full of energy, and ready to carry the rock ‘n roll torch into the future, Block Buster are yet another gem from the robust Nordic hard rock scene. Mainly influenced by rock music from the 70’s and the 80’s, the boys’ list of influences includes many of the classic acts of those eras. The best way of describing their music would be something like this: take AC/DC and Motörhead, spice it up with some Extreme and Bon Jovi, the rougher side of The Rolling Stones, throw in some hunger and energy of the rock-torch carriers of the newer generation such as Airbourne and The Darkness, add a good dose of modern vibe to the mix, put it in a giant blender and you will have the band’s mind-blowing debut “Losing Gravity“. Enjoy and get ready to be blown away!”