Great news for Blonz and Lynch Mob fans as the lone album from Blonz originally released back in 1990 and featuring current Lynch Mob lead vocalist Nathan Utz has been reissued via Demon Doll Records and Metal Legacy Records. 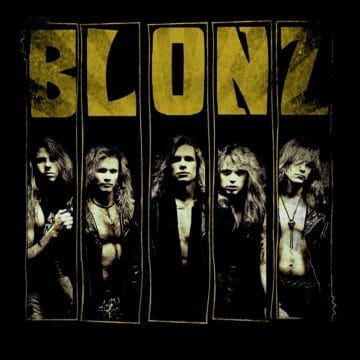 BLONZ has teamed up with the DDR Music Group and Metal Legacy Records to finally reissue their 1990 self titled AOR masterpiece. 28 years later and the disc still sounds great!

‘Blonz‘ the album is a 12-cylinder power-packed party on wheels, filled to the brim with high-octane rock & roll energy. The group swings between the hyperkinetic hook-jammed rock monsters like “Hands Of Love’ and “Trouble Child” while simmering down in the emotive radio ready power ballads “Rainbow” and “What’s On Your Mind”. BLONZ tackles booze abuse on the gut-wrenching “Last Call (For Alcohol”) and evokes a little bluesy jaw harp twang on “It’s The Same”. 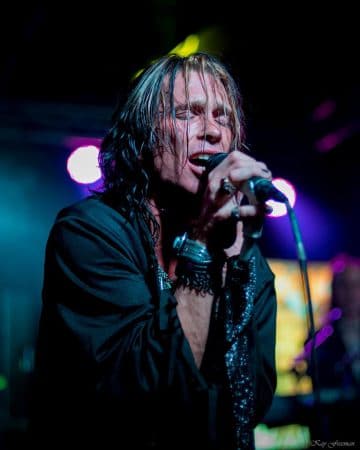 They offer a hard to define, but undeniable blend of elements that ensures style, substance, catchy lyrics and sing along anthems. The boys deliver one heck of an album and we are proud to have them apart of the Demon Doll family!

This album has been digitally remastered and comes packaged with an 8 page booklet with a full set of lyrics.

If you like bands such as Lynch Mob and Hardline, we think you will love BLONZ – we certainly do! Highly addictive and recommended listening.

Sleaze Roxx interviewed Utz back in March 2018 and the singer stated as follows about Blonz: “Well it was me, Steve Taylor and Dennis Ogle. We spent a long time writing. We had the same goal. The same vision. We had some member changes tweaking the band. Aaron Tate was on drums. Jon Bon Jovi took an interest in us. Ultimately, CBS came to us. Our management of Danny Hamilton and Charlie Brusco with Christie Vance played a big part. Christie is like family. My second Mom. With Steve, we’ve played together in and out for 30 years. We came right at the tail end of the era. I think we had great anthem songs. We had some exposure. Songs like “Miracle”, “What’s On Your Mind”, “Rainbow” — they were all great. We enjoyed it. Just remember I was 20 when the album came out.”