Latvia based glam rockers Bloody Heels have released a video for their acoustic version of the track “One More Time” from their debut full-length album Through Mystery, which was released earlier this year. 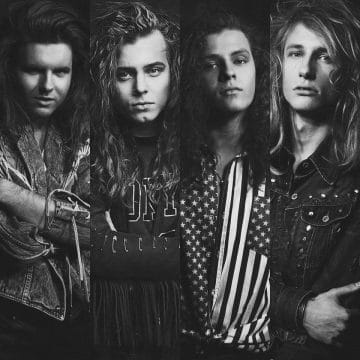 The group’s press release states in part: “Bloody Heels has been around since year 2012 and since then the band has released two videos, an EP “Summer Nights,” CD “Through Mystery” and toured all over The Baltics and Europe. The closest place where you can rock out together with these guys is Finland – Helsinki, On The Rocks on September 15th and Tampere, Kiirarock festival on September 16th, so if you’re close to Finland, drop by!”

Sleaze Roxx stated the following in its review of Through Mystery: “Through Mystery sounds like early ’90s rock that glam morphed to. It wasn’t the ’80s but was still heavily ’80s influenced during a time where big riffs and strong melodies still ruled until grunge and the music industry wrecked it for us. This album moves away from a complete bluesy element of hard rock and adds an influence of AOR with Vicky White‘s throaty David Coverdale-esque vocals but enough crunch that it could be played at a strip club…”

Sleaze Roxx concluded in its review: “Rounded out with a couple of ballads and beautiful production quality, Through Mystery is a solid and versatile melodic hard rock album.”