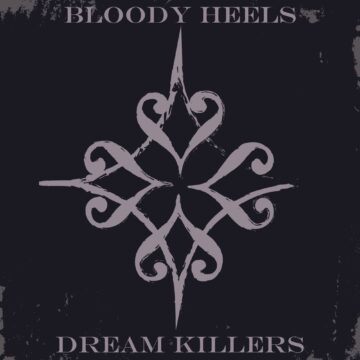 The following message was posted in part on Bloody Heels‘ Facebook page back on March 1, 2022 (with slight edits):

“Latvian hard rockers Bloody Heels have released a brand new single, ‘Dream Killers’. The single serves as a preview of the band’s upcoming studio album, which will be released this summer via Frontiers Music Srl. ‘Dream Killers’ offers fans the first glimpse of the massive musical leap the band has taken on their upcoming new album from their last studio album, the well-received “Ignite The Sky“….

The upcoming album, their third overall, follows their Frontiers debut, “Ignite The Sky” (2020). The preview single, “Dream Killers” will certainly please fans of the band’s previous work, where strains of classic ’80s hard rock were mixed with elements of heavy metal (and is still very much the case here), but touches of progressive rock, gothic rock/metal, and more modern rock are now identifiable in the mix, with spectacular results.

Stay tuned for more news on the band’s upcoming album, which will be revealed in the coming weeks.

Formed in 2012 in Riga, Latvia, Bloody Heels made a name for themselves with the EP ‘Summer Nights‘ (2014) and the studio albums ‘Through Mystery‘ (2017) and ‘Ignite The Sky‘ (2020). They’ve played shows all around Europe including Sweden, Finland, Norway, Germany, Slovakia, Czech Republic, Poland, Netherlands, Belgium, and the Baltic States.”