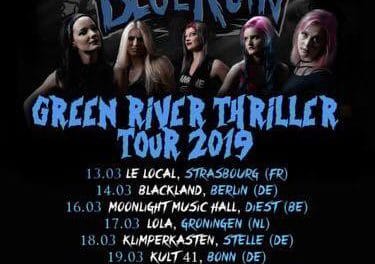 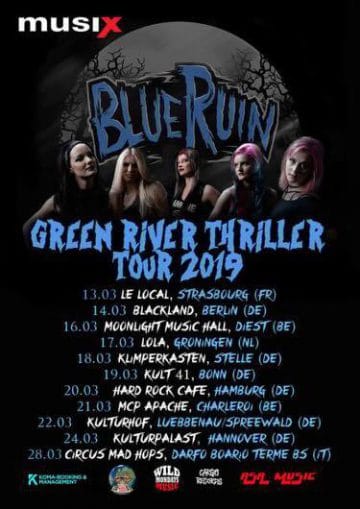 “Blue Ruin is an all girl punk rock band established in Auckland, New Zealand. After the release of their first single “Scream Queen” in 2016, the band was in high demand due to their catchy, fast paced riffs and breathtaking stage performances. Blue Ruin caught the attention of the New Zealand market and international industry professionals. The band was involved in multiple NZ tours and were on the bill with international artists such as Steel Panther, Cherie Currie, Misfits, Buckcherry and Alien Weaponry.

After much success in New Zealand, Blue Ruin relocated to Europe under RSR Music. 2018 came the release of their debut music video “Green River Thriller”, an exciting, yet terrifying horror punk take on the true story of the Green River Killer – an absolute must-watch.

2018 brings the introduction of Blue Ruin to the international market, with the release of the band’s first EP [due for release in September,] and a European tour set to take off in November. Stay tuned for information on the next video release, ep release and tour details!”