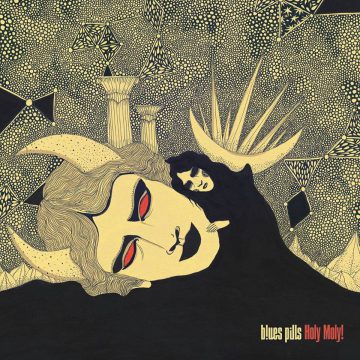 “We give to you our new album HOLY MOLY! ✨

”This album is something we’ll be proud of even after death. These songs are from a very dark period of our lives. So much loss, anger and anxiety. Sadness and change. A separation into reincarnation. We stand behind every note and every word. This album was created in darkness and it guided us into the light again. One can only hope it will give you comfort too.”

The album illustration ”Beast” is by the artist Daria Hlazatova. A haunting capture of the devil embraced by kindness and sorrow. Just like life, it’s in the darkest times you have to glow. Our new album HOLY MOLY! will be out JUNE 19th. Pre-order starts April 10th.