The Ballroom Babies are a blues rock based trio based in Mississauga, Ontario, Canada who have just released a video for their brand new single “I Won’t Change.” 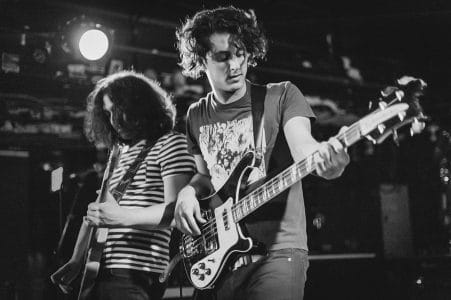 The Ballroom Babies provided the following comments to Sleaze Roxx about their new single: “‘I Won’t Change’ marks a significant point in our career as a band. It is our first release since leaving our day jobs in 2016 to pursue music full time. The year has been full of ups and downs so far and this song mirrors the challenges and obstacles we have faced… You can also get at it via SoundCloud. The track incorporates key elements of our music such as vocal harmonies, bluesy riffs and a tight bass/drum rhythm section. If this is the first you are hearing of our music it is a great introduction to our sound. The single is paired with a music video and is the first of two tracks which we will be releasing this summer.”