Sixty six year old and former Ozzy Osbourne bassist Bob Daisley was recently interviewed by Joel Gausten and opened up about his lawsuit for $2 million against Ozzy and Blizzard Music Limited with respect to unpaid songwriting royalties derived from Ozzy‘s first two solo albums Blizzard Of Ozz and Diary Of A Madman. 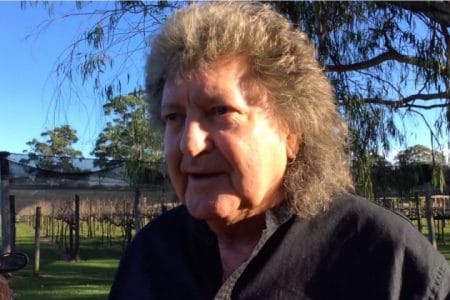 Excerpts from the interview conduced by Joel Gausten are as follows:

“[Gausten] Unfortunately, you have a long history of financial issues with the Osbournes. When was the first sign of trouble in working with them? How was this addressed by them at the time?

[Daisley] I’ve sued the Osbournes once. The initial financial issue had nothing to do with them. It came about when Don Arden/Jet Records didn’t pay us our performance royalties on the Blizzard of Ozz and Diary of a Madman albums, so we had to seek legal advice. This was 1982, and in fact Sharon was helping us with our case. The issues weren’t to do with her or Ozzy at that point.

Lee Kerslake and I went to court against Don Arden and Jet Records in ’86 and we got a payout for owed performance royalties. But the ongoing royalties from those albums didn’t continue for us.

The first and only time that I went into court against the Osbournes was in 1998 when Lee and I found out that they had been receiving all royalties from those albums since July ’83.

[Daisley] Performance royalties are what you receive from the sale of records that you have played on, even though it may not be a song that you wrote. Songwriting royalties through the publishing company are from songs that you wrote that either you performed or maybe even someone else performed. A good example of that is Joe Cocker’s version of ‘With A Little Help From My Friends.’ It wasn’t his song; it was a Beatles song. Joe Cocker gets the performance royalties from sales because it’s his performance of that song. But the royalties from the songwriting through the publishing company go to Lennon and McCartney because they wrote the song. That’s the basic different between the two types of royalties.

There’s also a royalty or payment that a writer gets if the song that he, she or they have written gets used in, say, a television advertisement, a television show, a video game, etc.… When the song is used, they have to get permission from the publisher to use the song, and there’s payment involved. That payment is termed ‘synchronization fees,’ or ‘sync fees,’ which the writers are entitled to a share of. As the complaint I just filed alleges, I haven’t been getting all my sync fees, and Blizzard Music has been taking a higher percentage off the top than the contract I have with them allows them to take. When a publisher collects royalties and pays the writers, they take a percentage as their administrative payment for doing it – but here the Osbournes have been taking 25% rather than the 10% I agreed to. It’s also been mentioned in some of the press releases and comments that this case is about ‘Crazy Train.’ That’s the song that’s used most, whether it’s TV adverts, movies, sports games or video games. But there are other songs as well. I assigned all of my songs from the Blizzard and Diary albums to Blizzard Music, the Osbournes’ publishing company, so there are other songs. ‘Mr. Crowley’, ‘Over The Mountain’, ‘Flying High Again’ have been used as well. It’s not just about ‘Crazy Train,’ although that was the most high-profile.

[Gausten] Your previous late-’90s suit against the Osbournes was ultimately unsuccessful, correct?

[Daisley] That was the one that was unsuccessful. The late ’90s was when we found out where those royalties were going, so we took legal action against them. There are reasons I believe that case was unsuccessful, having nothing to do with the merit of our claims, but they are too complex to get into now.

[Gausten] It was around that time that the original bass and drum tracks were replaced on the reissues of the first two albums.

[Daisley] Yeah, that’s why they were replaced.

[Gausten] What do you feel replacing those tracks did to the legacy of those recordings, particularly Randy’s contributions to them?

[Daisley] It was disgusting. It was such an insult to the music, the music fans and to Randy personally. Obviously, we were suing them, so we expected some backlash, although we did not expect that the integrity of the music would be compromised. And to insult Randy like that – to take his performances and put them with two other people without the knowledge or approval of his family – was very disrespectful.”

You can read the rest of the interview at Joel Gausten.