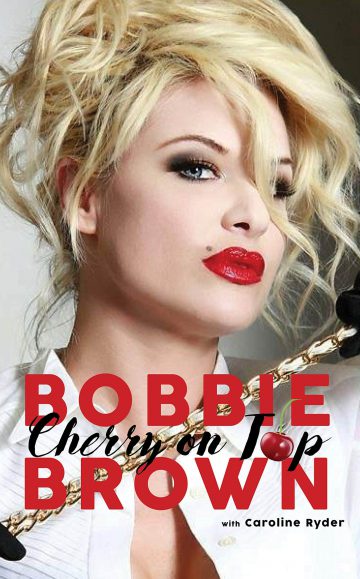 In terms of how difficult it was to relive in her book some of her memories with Lane, who passed away of alcohol poisoning on August 11, 2011, Brown advised: “It’s always cathartic. Usually, when I’m talking about it, it’s because I still have those feelings of non-closure with him on so many levels. To be able to talk about it gives me some closure. And it’s therapeutic in the same sense. I also feel like it will help other people out there who might be feeling the same way or have had the same experience with their spouses, their friends, whoever. It’s good for me to be honest because somebody out there is going through the same type of feelings I’m experiencing. It’s comforting for people to know they’re not alone in their thoughts and experiences. They’re not crazy. I feel like it gives people a sense of a connection that we’re all the same.”

When it was pointed out that she indicated that there was no #MeToo movement during the time when Lane could have used it the most, Brown indicated: “At the moment that he admitted [he was drugged and raped by a member of a famous heavy metal band and their manager], it was devastating to hear. He admitted this to me before his death. It was traumatizing to watch him reveal those things and how much it had affected his life up to that point. When we were married I had no clue. This occurred when he was just starting out on the Strip. So when I’m hearing all of this with him, I’m crying with him. I was going, “We have to do something, we have to say something.” He was like, “No! No!” It was a humiliation for a man to be in that position.

You can read the rest of the interview with Bobbie Brown at Fox News‘ website.