With Ratt frontman Stephen Pearcy recently succeeding with his motion for summary judgment against Bobby Blotzer‘s company WBS, Inc., the drummer is apparently refusing to give up over the legal rights to Ratt. Blotzer‘s WBS, Inc. is apparently appealing at least one of the two court decisions that went against it and the drummer is gearing up for the various litigation steps before a jury trial in his dispute against guitarist Warren DeMartini.

Interestingly, Blotzer declares knowing why DeMartini is “gone” or presumably no longer in Ratt. Metal Sludge first reported about DeMartini being out of the band on March 20, 2018. Assuming that DeMartini is out of the group, is it a temporary legal maneuver on the part of Ratt to discredit Blotzer‘s WBS, Inc. company in future court proceedings?

The following message was posted yesterday on the Ratt Facebook page controlled by Blotzer and/or his team: 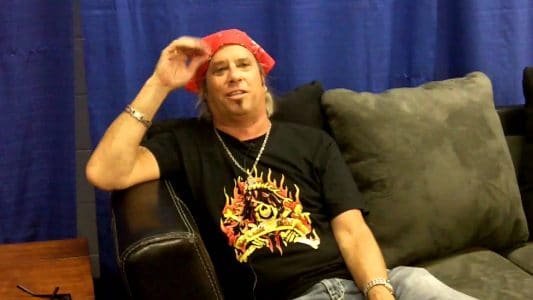 3. Judge refused to look at mountain of evidence.

8. Coming to a head very soon.

Anyone who thinks this is over and Wbs INC lost,

9. We have Juan‘s whole 9 hours of deposition under oath with lie, after lie, after lie after lie. Then, his crying for 45 min. Should put this to bed in a Jury trial quickly. That is, if the appellate court doesn’t straight out give the name to the owner of 20 years, which is WBS INC.

Then there’s the Demartini Vs Blotz litigation. Next week discovery starts and goes to trial by jury aug 16th. If someone doesn’t Tap out first. Why?

Because these other men couldn’t figure out how to work a simple deal out with each other for 5 years and play Rock N Roll music for YOU. Simple, you’d think, right?!

Ask, why is Warren gone? Think about that one, I have that answer.

10. Dont belive all the bullshite. Stay tuned, miss you guys!