It appears that former Ratt drummer Bobby Blotzer may have hit the end of the road in his litigation attempts to obtain control of Ratt.

Back at the end of March 2018, Blotzer had announced that he would do one last interview (with Mitch Lafon for the podcast Rock Talk with Mitch Lafon) until the litigation ends — “win lose or draw.” 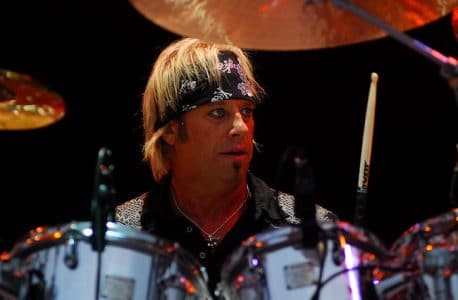 Justice Dean D. Pregerson of the United Stated District Court, C.D. California concluded in his Order dated November 9, 2018 that the issue pertaining to WBS, Inc. having obtained ownership of the Ratt trademarks had already been determined in prior court rulings in favour of the Ratt partnership that included singer Stephen Pearcy and bassist Juan Croucier, and therefore Blotzer and WBS Inc.‘s attempt at re-litigating that question was inappropriate.

Justice Pregerson provided the following background information in his Order: 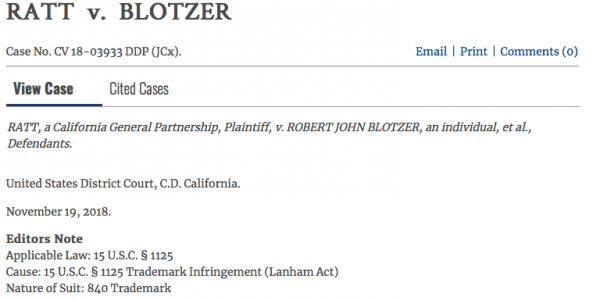 The question to be determined was succinctly stated to be: “The pertinent question is whether the current dispute over ownership was actually litigated and resolved in the prior actions.”

Justice Pregerson agreed with Pearcy and Croucier as he ruled: “The answer is yes. Although Defendants put forth a new, common law-based theory about why WBS owns the RATT marks, the question whether WBS or the RATT Partnership owns the marks was already litigated, and resolved, in Croucier and Pearcy. Defendants had a full and fair opportunity to raise that theory in the prior litigation.”

Justice Pregerson concluded: “Although in the instant suit, Defendants attempt to raise a new theory of ownership of the RATT marks, the issue of trademark ownership, even under common law theories, could have been, and was, litigated to final judgment in the prior actions. Defendants may not relitigate that question again here.”