Although no formal written announcement has yet to be made, it strongly appears that Bobby Blotzer’s Ratt Experience will be going under the moniker of Ratt going forward.

Rumours had been circulating that Ratt‘s drummer Bobby Blotzer would be making the move in the last 24 hours and most notably from website Metal Sludge. 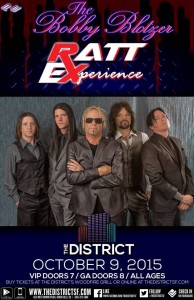 The evidence seems to be overwhelming conclusive in that regard.

Back on August 24, 2015, Bobby Blotzer’s Ratt Experience announced a gig at The District in Sioux Falls, South Dakota with the group’s own logo for a show on October 9, 2015.

With Ratt bassist Juan Croucier about to tour as “The Other Voice of Ratt” as reported by Sleaze Roxx back in July 2015 and with the first tour date of Croucier‘s band set for September 24, 2015, Blotzer likely wanted to distinguish his Bobby Blotzer’s Ratt Experience project from Croucier‘s new endeavour to avoid further confusion and to capitalize on the Ratt name. 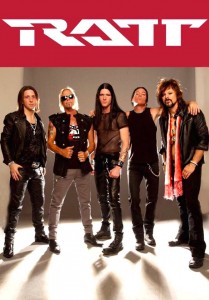 For Blotzer to be able to use and tour under the Ratt name, he would have presumably entered into some sort of agreement with Ratt guitarist Warren DeMartini since Blotzer explained during an appearance back on the April 6th edition of Eddie Trunk‘s SiriusXM satellite radio show “Eddie Trunk Live,” and as reported by Blabbermouth, that essentially he and DeMartini owned the Ratt name.

Blotzer had stated: “Warren and I… The reality of it is a corporation that we own owns [the Ratt] name. WBS Inc. which we started out. Warren, Bobby and Stephen [Pearcy],” he said. “That was WBS Inc. We did all the business for Ratt through the corp… That was before [Pearcy] sued us in 2000. In 2000, he left the band three days before the third leg of a tour. In doing that and then suing us as went out as Ratt with a new singer [he ended up losing control over the Ratt name]. He said, ‘You know what? I’m out. Go get a new singer.’ And we did everything accordingly to corporate standards and corporate law. He lost the name in federal court.” Blotzer added “But the bottom line is, the corporation that Warren and I own, that’s who governs that name, so technically, him and I own the name.”