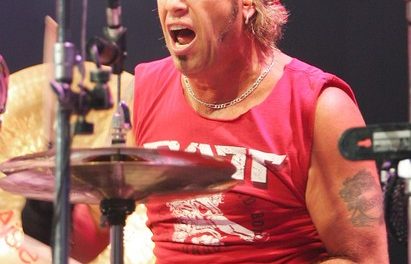 Ratt drummer Bobby Blotzer was recently interviewed by Mark Ashtby from Uber Rock at Hard Rock Hell in North Wales in November 2016. Hard Rock Hell took place from November 9 to 12, 2016. The following is a partial transcription by Sleaze Roxx of Uber Rock‘s video interview below. 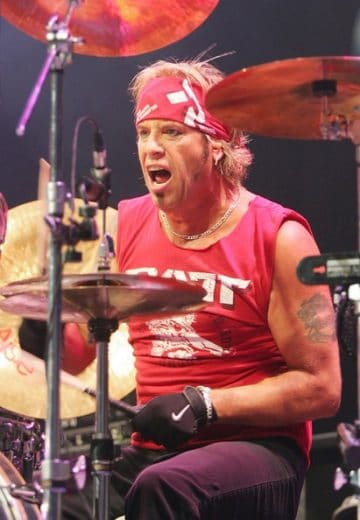 Blotzer was asked how things are going with his new Ratt band line-up to which he replied, “Amazing. I call it Ratt, the new generation. It’s, it’s amazing. We get along so well. We replicate the Ratt catalogue with such great integrity. I mean it sounds like the record with that live push. You know what I mean? Especially vocally, it really sounds like the Ratt vocals. You know what I mean? That was very important. And I’ll just say right out of the gate you know, I wanted to — we were out for about five years. I was starting to waver out being one of the owners of the name, Warren DeMartini being the other one. I said, “Look, do you want to come because I’m going. [I’m] taking the name and I’m going out. It’s that simple. He didn’t want to do so. Put me and him in a litigious situation, which is not fun to be in but it happened.

We’re doing great. This is our 65th show tonight. We’ve been playing in front of giant crowds across North America. We’re headlining arenas here in December. Everything has moved at lightning speed. It reminds me of ’84, you know what I mean? There’s like a new band with built in hits… Thank you Ratt class of ’84 but we’re having a ball. We get along great. No arguing, no fighting, all joking. Just seriousness for the music but it’s all fun, you know what I mean? Let’s not argue about little trivia shit like what happened to… we kind of got ourselves kind of a circle of doing with the old band so I’m having a great time.”

With respect to a new Ratt studio album, Blotzer stated: “There’s definitely — that’s going to happen. We already got the green light from our record company and errr, I just — we’re going to do another tour in 2017 and we’re going to start working on the new record. We have the material, We just need to work it up a bit.”