Drummer Bobby Blotzer appears to be enjoying the recent activities within the Ratt camp which apparently include the recent expulsions of guitarists Warren DeMartini and Carlos Cavazo from the group. Blotzer will be doing “one last interview” before the Ratt litigation ends to set the record straight on what’s going on in the band whom he describes as “Camp Chaos.”

The following message was posted on the Facebook page of Blotzer‘s version of Ratt late yesterday: 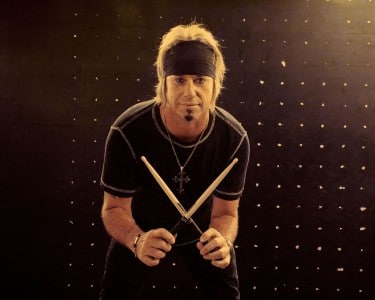 With the recent activity involving Camp Chaos, AKA RATT, I feel compelled to set the record straight and do one last interview until this litigation that we are ALL encased in, win lose or draw, finally ends. I haven’t spoken out on any of this for over a year, but it’s time.

Tomorrow I’m speaking with a surprise interviewer and I will have a guest with me.

I, unlike all the guessing game stories you’re reading recently, will put Ratt into a true, real, and comprehensive perspective.

I really hate to say ‘I told you so’…

No, I don’t…I love….to have the had knowledge on what was gonna happen, bet yo” money on it.

What went down and is going down, was bound to happen. I said it from the moment I heard those guys were going back out there to tour. Its called “pattern behavior”…standard Camp Chaos operating procedure.

I’ll give You my word, as always, only in the truth!! Unlike the sad pathetic lies, all lies, live lies, hand on bible lies, that have come out of all three of the other’s mouths.

This will be an eye opener kiddies.

What goes around comes back around like a boomerang!

Talking to you tomorrow. The interview will be released, shortly thereafter.

My sad regrets and apologies on my Band situation as it’s fallen. Juan and Stephen have kicked out Warren and Carlos, and the guy keeping my seat warm is next to go, I’ve been told. 37 years, as of ten days ago, I joined. It’s sad.