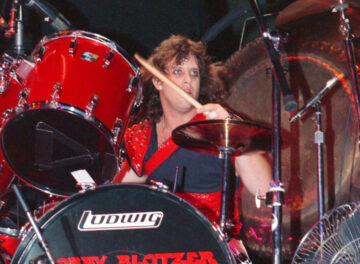 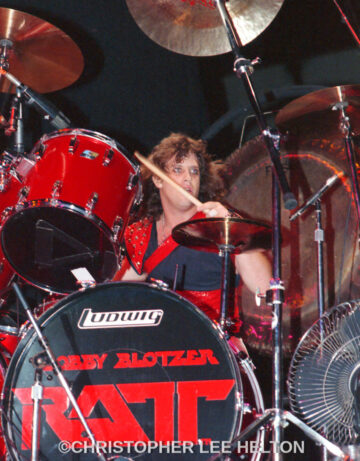 Ratt drummer Bobby Blotzer is still willing and ready to do a tour with his former remaining “original” Ratt bandmates — Stephen Pearcy (lead vocals), Warren DeMartini (guitar) and Juan Croucier (bass) — but he doesn’t want to fight about anything and/or apparently discuss any issues from the past. Any Ratt reunion would of course not include “original” guitarist Robbin Crosby who passed away from a heroine overdose / Aids complications back in June 2002.

Back in September 2015, Blotzer essentially changed the name of his band Bobby Blotzer’s Ratt Experience to Ratt, which set off quite a bit of litigation between him, DeMartini, Pearcy and Croucier for the next couple of years. Back in November 2019, Blotzer revealed in an interview on the Rock Talk with Mitch Lafon podcast that he had settled his legal issues with DeMartini. In August 2021, it seemed that Blotzer ended up the loser in the litigation over the Ratt trademarks since District Judge Dean D. Pregerson ruled that Blotzer‘s company WBS Inc. had to pay over $2 million to Ratt as well as refrain from using Ratt trademarks.

Blotzer recently posted a number of comments, related to doing another Ratt “all original” tour, on one of his Facebook posts (where he reminisced in part about Ratt opening for the Scorpions 37 years ago) including the following:

garden. Juan is locked in his house somewhere but him and Stephen, whew not good. Stephen and I great and ready to friggin RATT N Roll”

Everybody lives very comfortably and doesn’t really have to go on tour . Some of us are just tired of the way things get run and not having the power to change it. When you have five seasonal Indians running around that’s what happens. For me I don’t want to hear about any old stuff why do you do this why did he do that etc. all I wanna do is rehearse for the tour and get on the road and entertain you guys. That doesn’t mean we can’t be friendly to each other I just don’t wanna at this point fight about anything. We have one of the best catalogs in arguably at least a big part of rock history and it’s a shame that we’re not out playing it. But it still sells like crazy and brings a hell of a lot of money and so people are still enjoying it and buying it planet download it and all that other kind of stuff. If you can read between the lines are I think you understand what’s in certain peoples minds.” 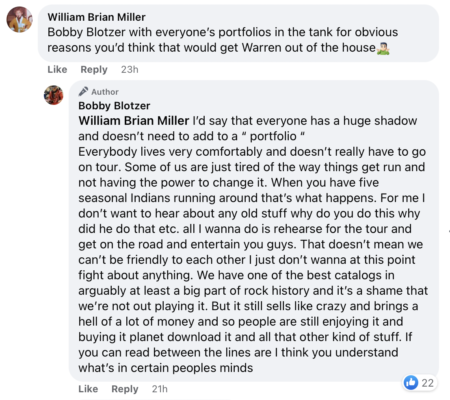 “I really believe and I’ve said this to the band , We owe this to them. You guys were the ones who fuels the RATT tank from the get go.”

Blotzer also suggested that DeMartini is difficult to deal with the following exchange: