Drummer Bobby Blotzer and his attorney/lawyer Drew Sherman were recently interviewed on One On One With Mitch Lafon on December 3, 2016 just before the concert from Blotzer‘s version of Ratt at Spokane Arena in Spokane, Washington, USA.

Blotzer made the following comments during the interview (as transcribed by Sleaze Roxx): “The name of the band is Ratt. There is nothing else to call it. That’s what it’s called.” and “I made a decision as half owner of the name. WBS owns the name. I am 50% of WBS, Inc. and still am. WBS, Inc. still owns that name right this moment at 1:48 pm here [on December 3, 2016] Pacific time. That has not changed.” 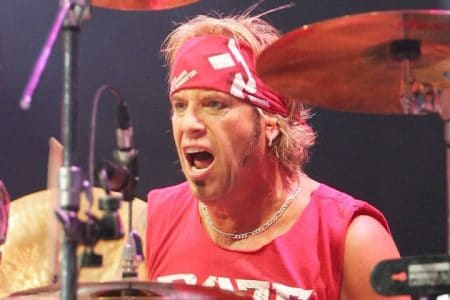 In terms of the recent motion court ruling where bassist Juan Croucier defeated Blotzer, and singer Stephen Pearcy, guitarist Warren DeMartini and Croucier now headlining the upcoming edition of the M3 Rock Festival on Saturday, April 29, 2017 as Ratt, Blotzer stated, “They are making their move but they don’t have the name Ratt.”

Lafon pointed out that nine or ten years ago, Blotzer defeated Pearcy in court over WBS, Inc. and that corporation’s principals became just DeMartini and Blotzer to which the latter replied: “That is, that is correct. And I would like if you would say, if you’re into it, the comment you made to me off the air about the comment that Stephen mentioned to you.” Lafon stated, “Yeah, you know, over the years, Stephen and Juan had talked about umm… I have to be diplomatic in what I say as well. You know, it was mentioned that Juan left the band in the ’90s and er, didn’t have a claim to the name and nobody understood why he was suing and so on and so forth so it’s been this long standing — I guess we’ll call it a pissing match [laughs] where everybody has disavowed the other person having a claim to the name and stuff. It’s, it’s been an interest… And the interviews that I’ve done are all out there. You can certainly google Mitch Lafon and whomever and you can find them. But what is the recent decision with you? There, there was sort of a big press release that you’re no longer Ratt but that’s not true because you’re sort of playing as Ratt tonight so clear up my confusion on what this decision was. Was there a decision? What happened?” 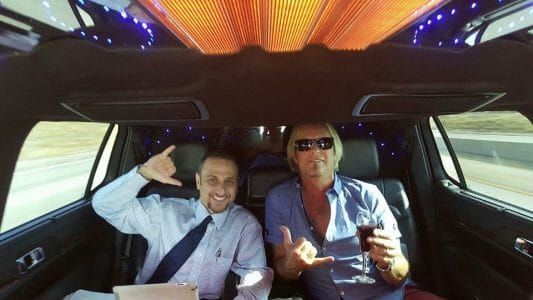 Blotzer replied, “Listen… Ladies and gentlemen [laughs]… My bro, my attorney Drew Sherman is gonna pick it up from here.” Sherman then piped in stating, “Your question about was there a decision? There was a ruling on a motion but there’s no judgment. So right now, WBS, Inc. owns the marks, OK? We are the controlling entity of the trademarks that are Ratt.” Lafon went on to ask how that affected the immediate future for the band Ratt that’s out there right now? Sherman replied, “Well, in terms of Bobby, we, WBS owns the name. They do not — they meaning Stephen, Warren, Juan, whatever they are going out as, they do not have permission to do so. So right now, they are infringing the trademarks of Ratt owned by WBS. The ruling that we have — there are many legal strategies that will be employed in order to change and bring to the court’s attention various pieces of evidence as well as prior rulings. You specifically mentioned the lawsuits from ten years ago. Mr. Pearcy brought an action against WBS, Bobby, Warren and a number of other people. So it’s a long time before this is done. We’re not even at the appeals part yet because there is no judgment to appeal so there is a lot of time. That is what will remain — WBS owns the marks.”

In terms of Pearcy, DeMartini and Croucier playing under the Ratt name when they headline the upcoming edition of the M3 Rock Festival, Sherman stated, “They have, they do not have permission to play M3. They do not have permission to advertise as such and I’ll just say this. Right now, to throw that out there, to announce, to make these announcements, these press releases without having a judgment, I would say is very ill-advised, and I’ll leave it at that for now.”

The one thing that Blotzer and Sherman did not address is that since DeMartini controls half of WBS, Inc., why shouldn’t he be allowed to do the exact same thing that Blotzer is doing which is namely play under the Ratt name with musicians of his choice?