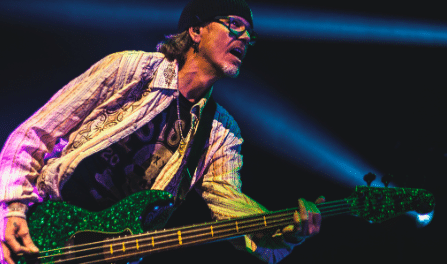 Poison bassist Bobby Dall was recently interviewed by the St. Louis Post-Dispatch and spoke about the group’s setlist or its headline tour with openers Cheap Trick and Pop Evil as well as possibly recording new music. 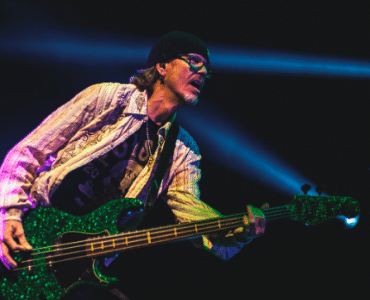 In terms of the current tour, Dall stated: “This year we’re headlining… We’re out longer, and we’re doing more. I don’t care if we’re headlining or opening — when we play a show, we’re there to please the fans. That’s always the attitude of the band.

“We’re about escapism — about the good time. I always say if you leave a Poison show without a smile on your face, you need therapy.”

“[We’re] squeezing as many as we can into the time frame. The problem is we have too many hits. So we just have to play them all.”

“[It] is better than sex. The adrenaline rush of being on a stage and being a rock band is just incredible. I wouldn’t trade it for anything.”

“Though Dall says he’d love to record new music, he says not all the members agree. “I don’t want to point any fingers.” Some of the members won’t commit to scheduling time to record an album.

“But it would be fantastic, Dall says. “I’m absolutely for it. It’s a matter of getting these four members to get three or four months of their lives set aside to record.””

You can read the rest of the article / interview with Bobby Dall at the St. Louis Post-Dispatch.