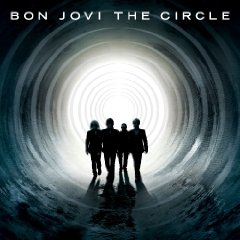 Watch the worldwide premiere of Bon Jovi’s new single “We Weren’t Born To Follow” on BonJovi.com.

The song comes from Bon Jovi’s new album ‘The Circle’ which will be released on November 10th. The special edition of ‘The Circle’ album with a bonus DVD can be pre-ordered at this Amazon.com link.

In related news, the Central Jersey band is featured in the new documentary “Bon Jovi: When We Were Beautiful,” which premieres at 9 p.m. Saturday, Oct. 24, on Showtime.

The movie, called an intimate look at the band in a Showtime press release, was filmed during the group’s 2008 Lost Highway World Tour by filmmaker Phil Griffin.

“The result is not a neatly wrapped up bundle of staged interviews and musical interludes, but rather a series of open and sometimes difficult conversations, explored against a backdrop of music spanning 25 years,” said Griffin in the press release. “It is a film about the peace of Tico (Torres), the complexity of Richie (Sambora), the drive of Jon (Bon Jovi) and the brutal honesty of Dave (Bryan). It is their willingness to share their stories that gives us what I hope is a very human story — that humanity is what I believe has seen this band stand the test of time.”

A new single, “We Weren’t Born to Follow,” has just been released by Bon Jovi and an album, “The Circle,” is set to be released on Nov. 10.

Harper Collins will release a 192-page companion book to “When We Were Beautiful” on Tuesday, Oct. 27.