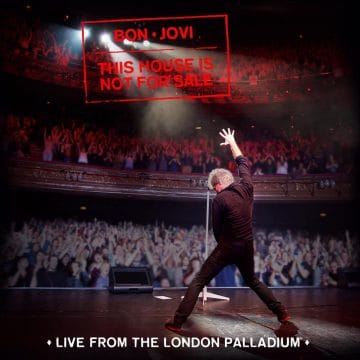 Prior to the release of This House Is Not For Sale, Bon Jovi played four “intimate” shows at historic theaters around the world including in Toronto, Ontario, Canada; Red Bank, New Jersey, USA; New York City, New York, USA; and, London, England. Bon Jovi‘s show at the latter city was held at The London Palladium.

In other news, Bon Jovi have released yet another video, this time for the song “Born Again Tomorrow” which can only be seen via Tidal at this time.