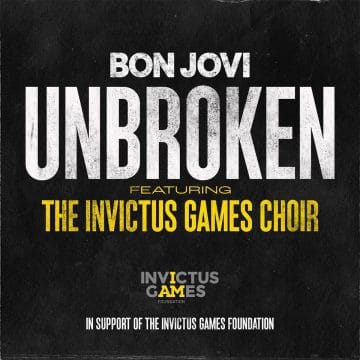 Bon Jovi frontman Jon Bon Jovi and Prince Harry teamed up along with The Invictus Games Choir to record a special version of the song “Unbroken” at Abbey Road Studios in London, UK for the upcoming Invictus Games.

Although originally scheduled to take place in May 2020, the fifth edition of the Invictus Games has been postponed to 2021 due to the COVID-19 virus worldwide epidemic.

The following message was posted on Bon Jovi‘s Facebook page on March 27, 2020:

“Unbroken (ft. The Invictus Games Choir) is out now!

All proceeds will go to the Invictus Games Foundation, in support of the recovery and rehabilitation of international wounded, injured or sick military personnel.