Bon Jovi have announced that they will be performing their new album This House Is Not For Sale in its entirety during four intimate shows in historic theaters in advance of their new album’s release date of October 21st. 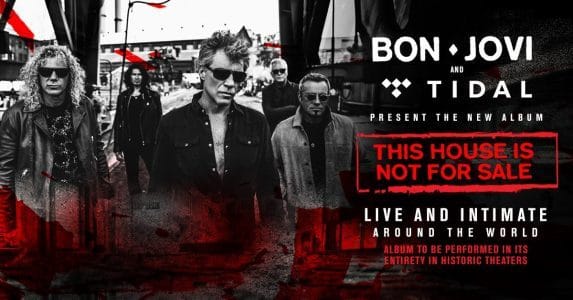 For the occasion, Bon Jovi are selling “Extremely limited packages” through Runaway Tours which posted the following message on its Facebook page yesterday:

“We’re excited to announce THREE trips to choose from to see Bon Jovi perform the album This House Is Not For Sale in its entirety! It’s a once in a lifetime opportunity for fans to join Bon Jovi as they celebrate the new album release! 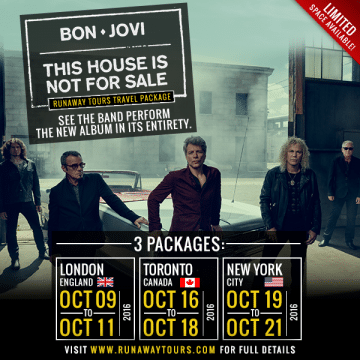 These one of a kind trips feature intimate performances by the band and space is extremely limited. They WILL sell out, so purchase your package now while they are still available!”

Ticket To See An Exclusive Bon Jovi Concert Playing The Brand New Album “This House Is Not For Sale” In It’s Entirety! These Shows Will Be In Small Intimate Theaters In 3 Different Cities! A Show Not To Be Missed!!! 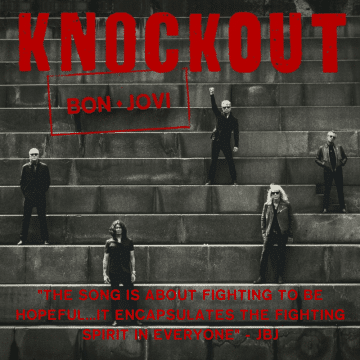 Transportation To The Concert (Hotel Packages Only)

Fully Escorted By Our Staff

All costs and prices US currency at the current rate

(Schedule / Events / Locations are all subject to change)”

Prices range in US dollars and are as follows as per the Runaway Tours’ website: