Bon Jovi featuring frontman Jon Bon Jovi have released a lyric video for their new single “American Reckoning” which reflects on black American George Floyd‘s death and the protests all around the world that occurred afterwards. 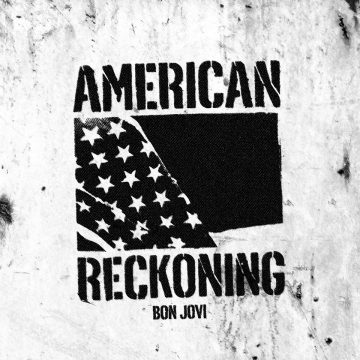 RollingStone reports that Jon Bon Jovi indicates in a statement: “I was moved to write ‘American Reckoning’ as a witness to history… I believe the greatest gift of an artist is the ability to use their voice to speak to issues that move us.”

Wikipedia summarizes George Floyd‘s life and events that led to his death as follows (with slight edits):

“George Perry Floyd, Jr. (October 14, 1973 – May 25, 2020) was a black American man killed during an arrest after allegedly passing a counterfeit $20 bill in Minneapolis. Moments after arrest while handcuffed, he was removed from a police vehicle, forced to the pavement and restrained by two police officers; a third white senior officer, Derek Chauvin, knelt on Floyd‘s neck for nearly eight minutes. This was alleged to be a criminal assault that predicated and resulted in both felony murder and manslaughter charges against Officer Chauvin. Felonious aiding and abetting charges against the other two officers and a fourth officer who stood watch nearby were also filed. After his death, protests against police violence toward black people quickly spread across the United States and internationally.

Floyd grew up in Houston, Texas. He played football and basketball throughout high school and college. He held several jobs, and he was also a hip hop artist and a mentor in his religious community. Between 1997 and 2005, he was convicted of eight crimes; in 2009, he accepted a plea bargain for a 2007 aggravated robbery, serving four years in prison. In 2014, he moved to the Minneapolis area, finding work as a truck driver and a bouncer. In 2020, he lost his security job during the COVID-19 pandemic.”