Swedish rockers Bonafide have released the single “Smoke & Fire” from their upcoming new album Flames, which will be released on February 24, 2017. 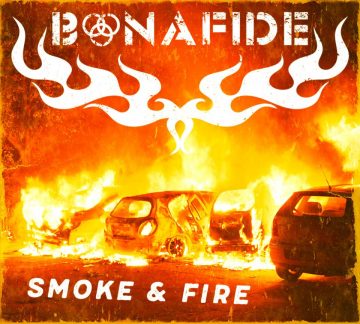 Bonafide have also revealed that they will be embarking on a tour of the UK in March 2017 with special guests Chase The Ace and support from Killer Bee (see tour dates below).

Bonafide‘s Something’s Dripping reached #2 on Sleaze Roxx’s Top Ten Albums of 2009. Sleaze Roxx stated the following in that regard: “While things were quiet on the Airbourne front as they wrote new material, someone had to step into their shoes in 2009 and Bonafide did just that. Truth be told, this Swedish four piece probably has more commercial appeal than even the Aussies do. On Something’s Dripping they managed to meld AC/DC riffs with a heavy dose of attitude and created the ultimate shit-kicking rock album. Bonafide were able to walk the fine line between being too heavy for the mainstream and too soft for headbangers, landing right down the middle for an incredible sonic assault.”

The Swedish rockers’ album Ultimate Rebel also fared well reaching the #5 spot on Sleaze Roxx’s Top Ten Albums of 2012 at which point Sleaze Roxx stated: “With a delivery that takes listeners back to late ’70s era AC/DC, Bonafide have once again found themselves on the Sleaze Roxx Top 10. Far from flashy, these Swedish rockers simply lower their heads and deliver blues based rock anthems with bite. Bonafide are one of those groups who seem destined to playing every little bar in existence, which isn’t a bad thing at all because you can tell they would slay in a live setting. And obviously the band have unrivaled creativity, as frontman Pontus Snibb released a damn good album with his own side project in 2012 as well.”

The new single from swedish rockers Bonafide!Released December 16th 2017, taken from the upcomingalbum FLAMES! New album FLAMES out February 24th 2017 on Off… 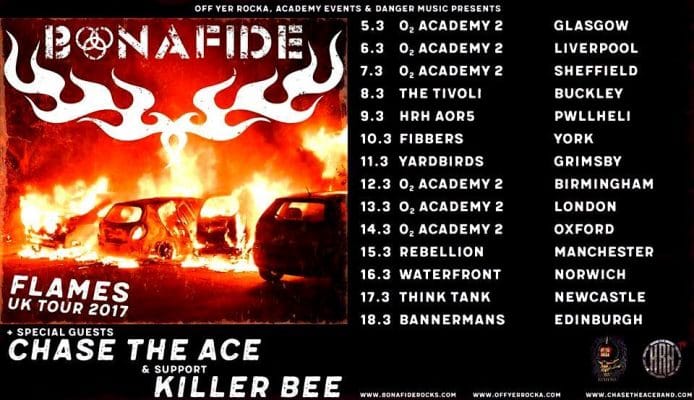